When studying the dark world of serial killers, the women who attach themselves to them, follow them, write to them and in many cases marry them are a curious subject 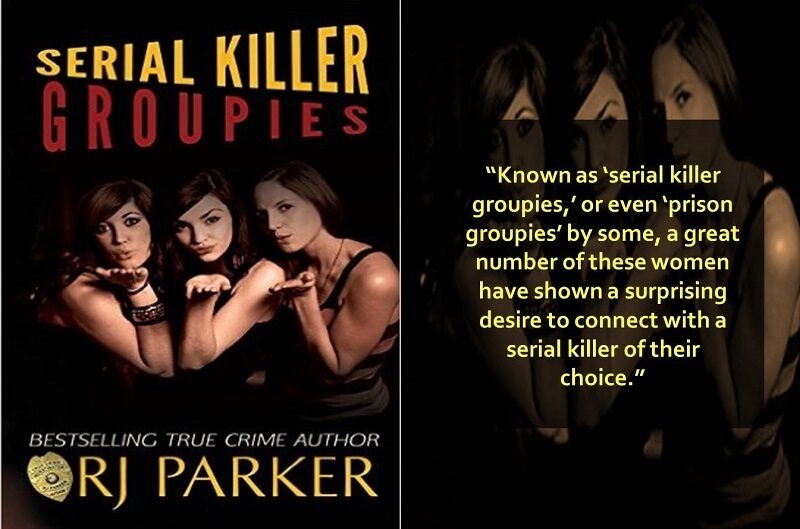 Share on FacebookShare on TwitterShare
“These are people, again quite commonly women (owing to the large majority of serial killers who are men), who actively follow serial killers, write and communicate with them. Some have gotten engaged while others married inside prison. So why are SKG’s attracted to serial killers?”

The allure of serial killers, particularly to women, is a curious phenomenon.  We hear of the bags of fan mail received by some of the most notorious serial killers in history; Richard Ramirez, the ‘Night Stalker’ of Los Angeles, John Wayne Gacy, the ‘Killer Clown’ of Illinois. These were men who committed heinous and brutal crimes against others, causing a terror to their victims we can only imagine before taking their lives.

Serial killer groupies, as they are often called, write love letters; they visit, and some give up their careers, their families, and their home to marry a serial killer, determined their love will change them and somehow ‘fix’ their distorted minds.

“They fail to realize that they are just pawns for these men, who often meet with numerous enamoured women apart from their ‘lovers’.” – RJ Parker

Reasons expertly explored by seasoned true crime author RJ Parker in his book Serial Killer Groupies. These include genuinely believing they can change their targeted serial killer through their love, correcting their ways and rescuing them from their life of crime.

Some women feel the need to feed their nurturing instincts by giving all their attention to a serial murderer, seeing the ‘little boy’ in them and wishing to comfort them. Others view an imprisoned serial killer as the perfect partner, one where they know where they are at all times with little risk of trust issues or jealousy entering into the relationship.

RJ Parker is an award-winning and bestselling true crime author who has written 22 true crime books including ‘Top Cases of the FBI’ and the ‘2017 Serial Killers True Crime Anthology’, a collection of true crime writing across 2017 including authors Peter Vronsky, and JJ Slate. Serial killer groupies it seems are, surprisingly, more often than not educated women with careers and their own families, who despite this drop it all to be close to the man they love. A man who is a serial murderer.

RJ Parker is also the author of ‘Parents Who Killed Their Children’, a book now used in several universities within their courses in criminology and forensic psychology. He is an experienced writer who has immersed himself into the world of true crime through studying the behavior and minds of men and women who carry out some shocking acts against other human beings.

“Some of the women know that their incarcerated love interest is guilty of heinous crimes, but others are blinded, openly believing that the person they are in love with is innocent, even though there is clear evidence to state otherwise. ” – RJ Parker

The Bonnie and Clyde Syndrome

The early chapters of Serial Killer Groupies are an enlightening read, introducing the reader to the various theories behind the modern-day groupie.  Although slightly repetitive in places it does highlight the work of many prominent psychologists such as Dr. Katherine Ramsland,  Leon F. Seltzer and Professor John Money who have studied this field and some unusual conditions, ‘hybristophilia,’ being one of them. Sometimes referred to as ‘The Bonnie and Clyde Syndrome‘, hybristophilia is a little-known condition where a person can be sexually aroused by being with someone who has committed terrible, and often, violent crimes.

Time is spent in Serial Killer Groupies to explore this condition and delve into where it may stem from and how it manifests itself within many of the women who admit to being attracted to serial killers.  It is a unique insight into a field we know little about.

Certainly, the underlying emotion driving the behavior of these women seems to rely on fantasy.  A man who is in prison with little or no chance for release offers a unique type of relationship.  A relationship without the usual pressures of living together and socializing together and for many women, it is precisely this which attracts them.

The control within the relationship falls to the woman; when she visits, when she writes.  The man, the serial killer behind bars, can do little that is spontaneous and unexpected.  Furthermore, there is no fear of an illicit relationship with a best friend or a work colleague who would rival for the woman’s affections.

“In passive hybristophilia, women usually need a response from the criminal that they have tried to contact, and once they get a response, they begin to create an imaginary love affair in their minds and hearts, which continues until it is completely broken by the criminal himself….” – RJ Parker

The bulk of Serial Killer Groupies focuses on case studies of both women who have become attached to serial killers and the serial killers themselves who attracted so much female attention.

More famous cases such as Ted Bundy and Richard Ramirez are included alongside some lesser known but no less interesting cases such as Philip Carl Jablonski, Danny Rolling, and Wayne Adam Ford.

Wayne Adam Ford walked into a police station in Eureka, California in 1998 and confessed to the murders of four women, an act very rare for a serial killer. The apparent remorse shown by Ford during his tearful confession led him to be labeled ‘the serial killer with a conscience.’

Wayne Adam Ford, however, was a brutal killer who enjoyed inflicting torture and mutilation on his victims.  Traveling across states in his job as a long-haul truck driver gave him the opportunity to abduct women and quickly move on to his next destination.

A complicated case across several jurisdictions meant Ford did not stand trial for five years.  Over that time more and more women began to appear at his various court appearances wishing to see the killer for themselves, not out of disgust for his crimes, but out of some form of admiration for the man himself.  Furthermore, one woman, in particular, began to capture attention.

Victoria Redstall was the daughter of a very wealthy surveyor. She was privately educated and had the world at her feet. She insisted on meeting Ford, describing her first encounter with him as the ‘dream of a lifetime.’  ‘It was like going to see Hannibal Lecter’ she said, ’but I was secretly thrilled.”For me, meeting the real-life serial killer was a hoot’ she continued. She became close friends with Wayne Adam Ford, much to the horror of almost everyone around him and those involved in his case.

What makes the Wayne Adam Ford case particularly compelling is the brutality of his crimes against women and this one woman’s obsession with him. Both serial killer and his groupie received lots of attention from the media about their relationship which Redstall insisted was not romantic in any way. In 2006, Wayne Adam Ford was found guilty of four counts of murder and sentenced to death. The media soon lost interest and Victoria Redstall’s moment of fame faded away.

“Wayne is a lovely man.  He is funny and charming.  Of course, he carried out the most despicable crimes, but am I afraid of him? No.  We have sung together in jail and he calls me on a daily basis.  We have a wonderful, touching relationship.” – Victoria Redstall

Especially pleasing about this book is that it is correctly referenced.  RJ Parker ensures that when he states statistics, facts or research findings he provides where this information came from allowing the reader to dig deeper should they wish.  I comment on this as it is so rare in true crime books with figures and facts thrown in without backup or a clear path on where this data came from and if, most importantly, it has a credible source.

This practice highlights this author has done his research. He has explored and examined the work previously carried out on this subject, and he has incorporated such findings in an educational true crime book that is powerful reading. In a book from an experienced author with a PhD in Criminology, I would expect no less.

RJ Parker’s writing style is relaxed and effortless.  His narrative flows smoothly and guides you through this book at a steady pace absorbing you in the text and the content. There is no pop-psychology here, no wild theories or misinformed assumptions.  It is a book based on research and on case studies which provide a very satisfying read.

If you have ever been curious about those who attach themselves to serial killers, write to them, visit them and even marry them, this is the book for you.

You can purchase a copy of Serial Killer Groupies by RJ Parker at Amazon.

When studying the dark world of serial killers, the women who attach themselves to them, follow them, write to them and in many cases marry them are a curious subject. In Serial Killer Groupies seasoned true crime author RJ Parker looks at the psychology behind their obsessions and the reasons why they often give up their families, their careers, and their homes just to be close to a man who has carried out some horrific acts of violence. The condition of ‘hybristophilia’ is explored through research findings and case studies. The other reasons women pursue a relationship with an imprisoned serial killer are also examined; a desire to nurture and comfort them, the fantasy of a perfect partner whose whereabouts are known at all times and a genuine belief that they can change this individual and cure their disturbed ways through their love. Many case studies are presented in Serial Killer Groupies looking at the serial killers attracting so much female attention and the women who flock around them. A fascinating read in a well-researched book which will satisfy the true crime fan and those curious on the how and why behind serial killer groupies.