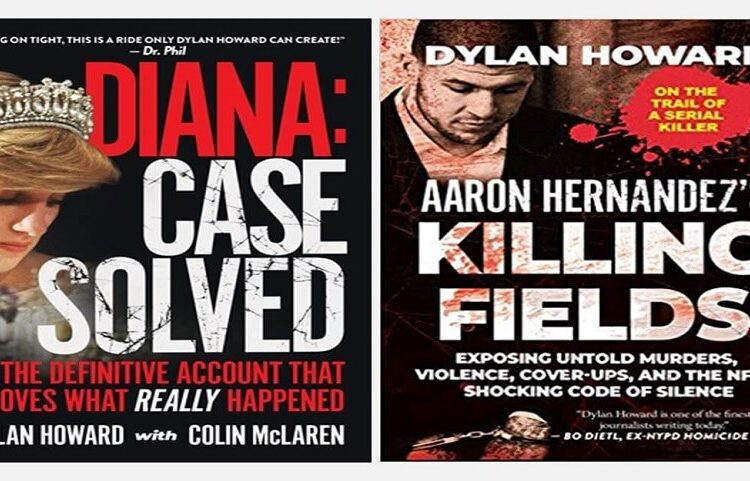 It’s impossible not to get excited when a new series of true crime books are announced. Last month some big news came out of New York publishing house Skyhorse, with a 20-book agreement promising titles on cases such as Natalie Wood, Aaron Hernandez, Charles Manson and the death of Michael Jackson.

Skyhorse Publishing are the publishers of my favourite author Catherine Pelonero who has published two amazing books with them so far. Both of which I have reviewed here on Crime Traveller; Kitty Genovese: A True Account of a Public Murder and its Private Consequences and Absolute Madness: A True Story of a Serial Killer, Race, and a City Divided, and I can’t recommend them highly enough.

In agreements with Skyhorse Publishing and Start Publishing, investigative journalist Dylan Howard will be bringing 20 new true crime books under the imprint Front Page Detectives. Howard is also the man behind the recent 12 part podcast  Fatal Voyage: The Mysterious Death of Natalie Wood, which made big waves in the true crime and podcast circuits with over 10 million downloads so far.

The first book in this new series was published on 17 September 2019, Diana: Case Solved. In what promises to be a eye-opening book, Dylan Howard and Colin McLaren investigate the fatal crash that killed Diana, Princess of Wales in the Pont de l’Alma tunnel in Paris in August 1997.

“Dylan Howard has re-examined all of the evidence surrounding Diana’s death—official documents, eyewitness testimony and Diana’s own private journals—as well as amassing dozens of new interviews with investigators, witnesses, and those closest to the princess to ask one very simple question: Was the death of Princess Diana a tragedy…or treason?

In a dramatic return to the Parisian streets where she met her fate, the two questions that have plagued investigators for over twenty years will finally be answered: Why was Diana being driven in a car previously written off as a death trap? And who was really behind the wheel of the mysterious white Fiat at the scene of the crash? Then, in a stunning coup, Howard and McLaren will speak face-to-face—for the first time ever—to the one person who can unlock the conspiracy.”

The next book has been confirmed as Aaron Hernandez’s Killing Fields and is due to be published on 5 November 2019. NFL player Hernandez was found guilty of murdering Odin Lloyd and sentenced to life in prison in 2015 . He committed suicide in his jail cell in 2017 just days after being acquitted of a further double homicide, that of Daniel de Abreu and Safiro Furtado.

“From teenage gang member to $40 million star of the New England Patriots, from All-American college player to drug addict, murderer, dead by suicide in his jail cell at age twenty-seven…you think you know the Aaron Hernandez story? You don’t.

Featuring new interviews with serving police investigators, prosecutors, psychologists, attorneys—as well as key witnesses including Hernandez’s drug dealer, a male stripper he hired days before the killing of Lloyd—plus extensive testimony from relatives of Hernandez’s victims, Killing Fields is the exhaustive, definitive account of the rise and fall of a man undone by his own appetite for violence, gangsterism, power, drugs, and self-destruction. This is the real Aaron Hernandez story—and perhaps just the beginning of a whole new murder investigation. ”

Further titles due to be released include:

Both Diana: Case Solved and Aaron Hernandez’s Killing Fields are available for pre-order at the Skyhorse Publishing website. All Dylan Howard’s books, including those listed above, are available to pre-order on Amazon.

Get a real insight into the work involved in this book series and which cases investigative journalist and author Dylan Howard is most excited about in this Crime Traveller interview.