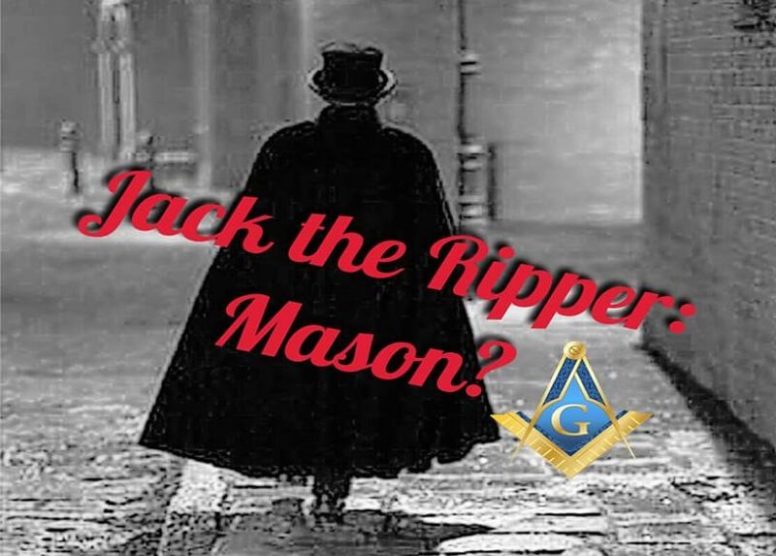 Share on FacebookShare on TwitterShare
For as long as there have been supposed criminal conspiracies, Freemasons have been alleged to be behind those conspiracies.  The thinking goes that a secret society such as the Masons must have something to hide.  Why else would they want to remain secret?

First of all, we Masons don’t consider ourselves as part of a “secret society”.  We are a simply a fraternity; a fraternity dedicated to brotherly love, relief and truth. While it’s true that Freemasons have rituals and ideas that we keep hidden from plain view, it’s also true that nearly every other fraternity in the world has similar “secrets”.  And as is true of the Freemasons, those little enigmas are entirely benign. But no one believes that.

It’s easier, and perhaps more fun for the uninitiated, to believe that there’s a secret Masonic cabal meeting in darkened corners of the globe, quietly pulling strings to ensure either order or chaos.

To be clear, most Freemason Lodges have trouble deciding whether to have green beans or carrots for dinner, so secretly running the world is a little outside of our ability.

As a 32nd Degree Freemason and the host of The Tyler’s Place (the official podcast of the Supreme Council of the Scottish Rite of Freemasonry), I have made it my goal to debunk some of the long-held Masonic conspiracy beliefs by simply speaking with experts, and looking objectively at the facts.

Believe me when I tell you, if there is a secret Masonic cabal somewhere, I want to know about it more than you. One of the most famous alleged Masonic conspiracies surrounds one of the greatest unsolved murder mysteries of all time. Since he spilled his last drop of blood in 1891, it has been whispered that Jack the Ripper was a Freemason, perhaps even a member of the British Royal family, and the Brotherhood used its considerable connections to keep Jack’s wicked secret safe.

This idea was explored and pushed further into the public consciousness by the 2001 film From Hell starring Johnny Depp. Proof of this is supposed Masonic connection to Saucy Jack is said to be found in the so-called Goulston Street Graffito.  This graffito was found on a door jamb not far from one of the crime scenes, and directly above a bloodied piece of apron torn from one of the evening’s victims.

The white chalk letters said, “The Juwes are not the men who will be blamed for nothing.” A casual observer might dismiss this as anti-Semitic graffiti, which was commonplace at the time.  However, to Freemasons the spelling of “Juwes” with a J-U might allude to three characters in Masonic ritual named Jubela, Jubelo, and Jubelum.

The relation of the graffito to the Ripper murders has been long debated, and most investigators have concluded the two are not connected. One of those investigators is former New York City Homicide Detective, and former Baltimore City Police Commissioner Ed Norris, who led an investigation for the Discovery Channel show Jack the Ripper in America.  Ed believes he’s solved the crime, so I spoke with him about his theories and about any alleged Masonic connection to the Jack the Ripper Murders.

Q:  For those who don’t know, give me a few details of the Jack the Ripper murders.

Ed:  Basically they were a series of prostitute murders in the Whitechapel area of London beginning in 1888, and they were done in a very unusual fashion.  They were eviscerated, organs were thrown about the room, and [it] looks like he spent a lot of time with the bodies and did a lot of awful things to them.  They were exceptionally brutal killings and they just suddenly stopped and they have never been solved.  There have been all kinds of crazy suspects:  friends of the royal family, members of the royal family, Oscar Wilde had a connection somehow, celebrities from the turn of the 19th to the 20th century…a whole bunch of suspects, yet they remained unsolved.

Q:  Freemasons have been alleged to be on that list of suspects, and the Goulston Graffito is pointed to as evidence of a Masonic connection.  What was your thought on that clue and supposed Freemason influence?

Ed:  Actually none.  I am aware of it, I read about it, but it never came into play in our investigation.  It was never even a red herring in our case where we were looking for somebody who was a Freemason.  It was never part of the case.

Q:  So as an investigator you’re comfortable saying Jack the Ripper was not a Freemason?

Ed:  Yes.  I believe the guy we have identified, James Kelly, is a really strong suspect.  If I were going to investigate and prosecute this case and try it in a court now, obviously he’s long dead, he’d be the guy.  And there was no indication he was ever a Mason.    So as far as I’m concerned, there was no Freemasonry involved.

Ed: James Kelly, he killed his wife in a way that was somewhat similar to the Ripper murders.  He had stabbed her in the throat and murdered her in their own home.  He was sentenced to death but avoided the gallows because he was deemed to be psychologically unfit.  So they put him into Broadmoor, which was a mental hospital at the time.  Several years later, he fashioned a key out of a piece of lead and escaped the mental hospital.  So he escapes from Broadmoor and the murders take place and then stop at some point.

Kelly then appears back at Broadmoor in 1927, as an old man.  He shows up and says “I want to come home.”  They ask him where he’s been and he writes out this long manifesto saying that he went to the United States, on the war path in America.  So we overlaid all the cities he claimed to work in while he was in the US and ran the newspaper articles at the time, and there were similar killings to Jack the Ripper.  And the media was questioning at the time had Jack the Ripper come to America.  So we did that because of his recount of his 42 years there [the states].

We were the first people to get [the manifesto] because of mental hygiene laws they weren’t allowed to release [it] for a certain amount of years.  We then went through a series of basic investigative steps.  I got to read the original case folder, and like any modern case folder, there were mistakes.   Not intentional, just like a detective got transferred, somebody retired, the case was passed to someone else.  Some guys did great jobs, some guys did sub-par, so there were mistakes made.

[James Kelly] was a suspect at the time originally, and they visited his home.  Of course, it was [his wife’s] parent’s house, so he’s not going to go to the scene of the murder with her parents at home.  So that was silly.  And they never continued to pursue him.    We did a lot of other things to actually verify his account.  He claimed that he went back and forth between Europe and America, so we verified the shipping records.  There was a suspect description of him, so we had a police sketch artist draw the suspect from the description.  You know how they age children on milk cartons after they’ve been missing for a number of years?  We had someone take a photo of James Kelly from 1927 and de-age it in that same way, and its resemblance to the police sketch was uncanny.

We did handwriting analysis, I visited the crime scenes in Whitechapel and crime scenes in New York and compared them. I just feel, all in all, James Kelly is a really solid suspect, and they may have whiffed on this by not following up way, way back.

Q:  Once and for all, Freemasons are off the hook in the Jack the Ripper Murders?

Ed:  As far as I am concerned you are.

Conspiracy theorists from far and wide can now turn their attentions elsewhere.