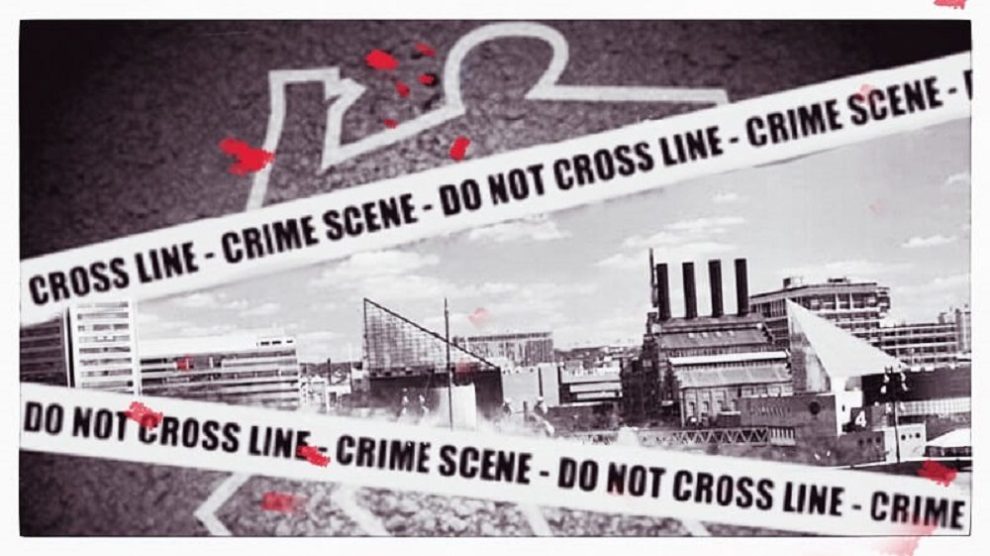 Share on FacebookShare on TwitterShare
Thanks to a murder rate that ranks as one of the highest in the country, and as the setting of the HBO’s “The Wire”, Baltimore, Maryland has earned itself the nickname “Body-More, Murder-land”.

Though most of Baltimore’s homicide problems are related to the gang activity and the associated drug trade, this train-stop between Philly and DC does have a collection of headline-making killers who should be set apart from the rest.

This 21-year old has been called the “Number one trigger-puller” by Baltimore city police and was only recently arrested and charged with a 2014 murder. However, police suspect that he is linked to hundreds of violent crimes and more than a dozen homicides as an alleged member of the notorious Baltimore street gang the “Black Guerilla Family”. Nothing makes a killer more infamous than a memorable nickname, and you’d be hard-pressed to find a more memorable name than “Number One Trigger Puller”.  Baronette is currently awaiting trial on the West Baltimore murder of 23-year-old Alfonso Williams.

Who says black folks can’t be serial killers?  From 1999 to 2005, Raymont Hopewell, aka “Money” managed to take time off of his job as a full-time burglar to rob, rape and strangle four elderly black women (all between the ages of 60 and 88). He also killed and robbed an elderly man. Hopewell would take the bus to a victim’s home and do his dirty work.  He was only caught when one of his rape victims survived the attack and identified him from sketches and photos.  Hopewell was arrested and his DNA was used to link him to the rest of his crimes.

A classic “Black Widow” who managed to kill two husbands and a boyfriend and cash in on the insurance before being busted.  In 1974, Gray was charged with murdering her husband and then used the threat of voodoo against potential witnesses.  She was not convicted and was paid $16k in life insurance.  Josephine then married William Gray, who reported to police on several occasions that she was trying to kill him.  He was found shot to death in 1990.  She was tried, and again using voodoo, managed to skate.  This she time nabbed $54k for her trouble.

In 1996 she took out a $100k policy on her boyfriend Charles Good.  After he was found dead in his own trunk, she collected $90k.  In 2005, Gray was brought to trial in Baltimore and finally convicted of killing Good.  She was also convicted of insurance fraud since she had knowingly contributed to a death from which she collected benefits.

It’s nice for fathers and sons to share a hobby.  Unless that hobby is killing and torturing people.  In 1974, Joseph “The Shoemaker” Kallinger and his 13-year old son Michael drowned Kallinger’s oldest son Joe Junior.  Michael and Joe Sr. then started on a six-week crime spree that started in New Jersey and concluded in Baltimore.   Along the way, they killed 3 people, and robbed, sexually assaulted and tortured 4 families.  In January of 1975, the duo killed a nurse in New Jersey during another robbery.

A shoemaker by trade, Joe, and his son gained entry to victim’s homes by pretending to be door-to-door shoe salesmen.   They were caught soon after the 1975 killing and predictably pleaded insanity, claiming God had told them to kill.  It is uncertain as to God’s involvement in the torture and robbery.

Thanks to the podcast Serial, this crime of passion high school killer from Baltimore is all but a household name.  Adnan Syed was convicted in 1999 of murdering his girlfriend, 18-year-old Hae Min Lee and hiding her body in Leakin Park, one of Baltimore’s favorite body-dumping grounds.

What makes this case so interesting is there is real doubt as to whether or not Syed is guilty of the crime.  During his original trial, Syed’s lawyer seemed to be in the midst of a personal breakdown and didn’t call key witnesses or introduce critical evidence that may have exonerated him.  She was disbarred and died a few years after the trial; however, the state’s evidence against him is so damning, it’s tough to speculate as to Adnan Syed’s true guilt or innocence.  He is currently awaiting a re-trial.

Related: The 1946 ‘Lipstick Killer’ William Heirens: Was He Innocent?

Though Charlie worked about an hour from Baltimore, he’s too creepy not to include.  As an ambulance driver and son of a police officer, Charlie would stalk his female victims until they ended up in a store or restaurant.  Using his police connections, Charlie would have their car tags run, get their names and have the establishment page them to the parking lot, where he would kidnap, rape and strangle them.

To add a thrill, Charlie would dump the body in an area serviced by his ambulance.  Then Charlie would answer the ambulance call and get off on seeing his victims and seeing the reaction of the people on the scene.  He is known to have killed at least two and suspected of killing as many as five women in 1975 and 1976.

Most of us act out as teenagers.  But in 2008, 15-year-old Nicholas Browning, a Boy Scout, and high school lacrosse player, went a little too far with it and executed his father, mother and two younger brothers while they slept.

After orphaning himself, Browning tossed his father’s handgun into the bushes of his family home in the Baltimore suburb of Cockeysville, and then went to hang out with friends.  When his pals dropped him off at home late the next afternoon, he went into the home and pretended to discover his father’s body.  Police swarmed the normally bucolic neighborhood, and within a few hours, Nicholas confessed to the killings and is currently serving 4 life sentences concurrently.  He’ll be eligible for parole in 2032 with good behavior.

The so-called “Maryland Cannibal” was a former Morgan State University student who, in 2012, killed Kujoe Bonsafo Agyei-Kodie, a family friend.  Using an ax, Kinyua dismembered and burned the victim’s body, and ate the heart. When police were called to Kinyua’s family home, they found the entire family in the basement in a circle around a charred silver serving dish, filled with a macabre brown liquid and the remnants of the victim’s hands.

Alexander was diagnosed with paranoid schizophrenia and believed that reptilian aliens were going to destroy the earth.  Why that warranted the eating of his friend’s heart remains to be seen.   Kinyua was committed to a mental health facility indefinitely.

As murders go, Thanos’ crimes are standard fare:  His victims were 3 teenagers, all shot in the head. What sets Thanos apart from so many other killers is his post-conviction statement in open court that is as disgusting as it is chilling.  In front of the friends and families of the slain teens, Thanos stood up and said he wanted “to be able to dig these brats’ bones up out of their graves right now and beat them into powder and urinate on them and then stir it into a murky yellowish elixir and serve it up to their loved ones “. Thanos did not appeal his conviction or sentence and waived all attempts at avoiding Maryland’s gas chamber.  His last word before being executed in 1994 was “Adios”.

In March of 2000 “Joby”, as he was called by his friends, went on a killing spree in Baltimore County that crossed into two states, and ended up with a hostage stand-off; and he did it all for love. Joby kidnapped his estranged girlfriend Tracy Whitehead- presumably in a play to win back her affections, and wound up killing 3 people in the process.  Palczynski then tried to carjack another person, who he shot and killed in the failed attempt.  Whitehead slipped away from Palczynski who in turn fled to the woods.  Somehow, Joby managed to hitch a ride on a freight train and made it to Virginia where he forced an elderly man to drive him to back to Baltimore.  Once there, Joby broke into Tracy’s mother’s home and took Tracy’s mother, her boyfriend, and their 12-year-old son hostage.

After 97 hours, all of which were carried live on local TV, the adult hostages managed to slip some Xanax into a glass of iced tea and put Palczynski to sleep.  The two adults jumped out the window and left the boy alone with the sleeping killer.  Within a few minutes, police entered the home via a front window and pumped 27 bullets into Joby, ending the siege and ending Joe Palczynski.

As a footnote to the story, Tracy Whitehead appeared on the Howard Stern show in 2001 as part of a segment on hard luck stories, where she was flown to Vegas and won $100k in a single hand of blackjack.

About the Author: Maynard Edwards is a writer and award winning radio host from Baltimore Maryland. His work with the Guardian Angels as the host and producer of the podcast “Beyond the Streets” has garnered national attention, and spurred his own interest in true crime. His writing, radio shows and podcasts can all be found at his web site www.maynardedwards.com