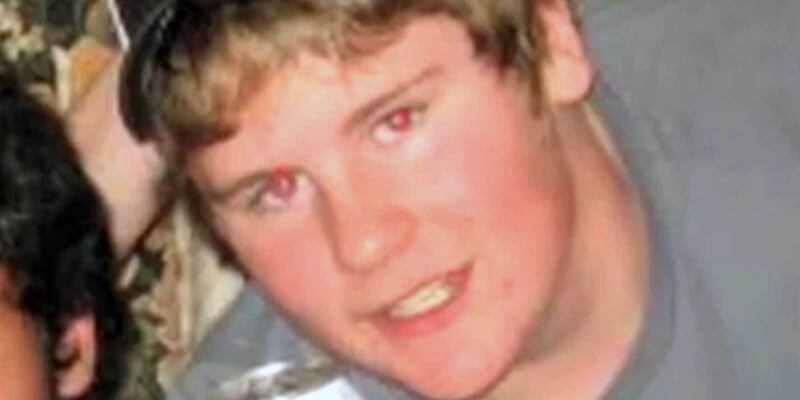 Share on FacebookShare on TwitterShare
According to Radford University’s Serial Killer database, 29% of serial killers are within their mid-to-late 20’s when they begin killing. History has shown us however, that serial murder can be carried out by individuals of any age with the youngest on record being Robert Dale Segee aged just 9 years old and the oldest being Ray Copeland at 72 years old.

Only 14% of recorded serial killers are under the age of 20 when they start killing and Cody Legebokoff of Canada was one of them. A boy who grew up in British Columbia, he was popular, friendly and sociable with no hint of the violent and brutal behavior that was to come.  Working as a mechanic after he left school, Cody Legebokoff appeared to have an average teenage life, sharing a flat with friends and enjoying his carefree lifestyle.

Operating undetected between 2009 and 2010, Cody Legebokoff murdered three women in British Columbia, dumping their bodies in different locations.  His capture was due to a chance encounter with traffic police on 27 November 2010.

Spotting his truck driving erratically, police pulled the vehicle over no doubt expecting a drunk driver.  What they found was 19-year-old Cody Legebokoff alone in the vehicle and covered in the blood.  Searching the truck they found a bloodied multi-tool and wrench and a woman’s purse containing the identification of a Loren Leslie.

Legebokoff was arrested while protesting he was simply poaching deer and that’s why there was blood in his truck. With the help of wildlife experts with animal tracking skills, police tracked his truck tire marks back through the forest where they made the horrifying discovery of Loren Leslie’s body.

Loren was only 15 years old and completely blind in one eye.  When questioned on her murder, Legebokoff jumped from random explanation to explanation with none being believable.  Finally, he admitted hitting the young girl over the head with the wrench from his truck.

After this gruesome discovery, officers would continue to be surprised when forensic evidence and DNA linked Cody Legebokoff to three further unsolved murders in the area.  Jill Stuchenko (35) was a mother of five children and had been found dead on 13 October 2009 in a gravel pit on the outskirts of Prince George.  Cynthia Maas (35) was found in a Prince George park in October 2010 after being missing for a month.

Natasha Montgromery (23) had been missing since September 2010 and her body has never been found, however, DNA found within Legebokoff’s flat was matched to hers.  These three victims all had histories of drug abuse and at some time in their lives had been sex workers, potentially putting them in vulnerable positions.

Loren Leslie was the youngest of Cody Legebokoff’s four victims and had been bludgeoned to death with blunt objects like the others.  Violent deaths carried out by a teenage boy. Witnesses suggested that Cody Legebokoff had begun to use drugs himself and sell them within his social circle.  Something which may have enabled him to come into to contact with his first three victims.

The discovery that Cody Legebokoff was linked to the deaths of four women piqued the interest of police officers investigating the notorious Highway of Tears murders.  Highway 16 runs through British Columbia and has seen the disappearance and murders of at least 18 women over the last 40 years.  Murders which detectives wonder are the work of an undetected serial killer.  No links to any of these cases have been found with regards to Cody Legebokoff but his case has highlighted the devastation and ongoing pain for the victims and families within this area.

At his trial, Cody Legebokoff chose to testify in his own defense.  He claimed he did have some involvement in the deaths of these four women, but it was not him who actually carried out the murders.  He refused to give any further details or name who, he claims, killed the women in his presence.

With forensic evidence being overwhelming pointing to his guilt, in September 2014 Cody Legebokoff was convicted of four counts of first-degree murder.  Under Canadian law, a conviction of first-degree murder is defined as a planned and deliberate culpable homicide and carries an automatic sentence of life with no possibility of parole for 25 years.  After this period if an offender is paroled, they will remain on parole for the rest of their lives.

Although Cody Legebokoff had a minor criminal record, there is no evidence to suggest he was engaging in criminal activity before he began killing in 2009, just one year after he finished high school. He was in a stable relationship with his girlfriend, had a good job as a mechanic and did not express any behavioral issues to those around him to give cause for concern.  He is the boy next door who turned serial killer.

As almost every other teenager, Legebokoff was a regular on social media platforms and it is thought that is how he met his last victim, 15-year-old Loren Leslie.

In such a case it is very difficult to develop an understanding of why a young man with good friends, employment, and stable family life would turn to the violent destruction of others.  Research suggests that 40% of serial killers simply kill for enjoyment and their own satisfaction whether this be lust, power or just the thrill.

In these cases, if an individual with these motivations is not forcibly stopped, they could continue for many years to come.  For Cody Legebokoff, he will stay in a prison cell for at least the next 25 years unable to harm another woman. If he is to be released in the future, he will remain on the radar of authorities and under strict parole conditions.