John Wayne Glover terrorized Sydney, Australia for over a year through brutal attacks on elderly women in wealthy suburbs.

by Fiona Guy
in True Crime & Justice
Reading Time: 6 mins read
A A 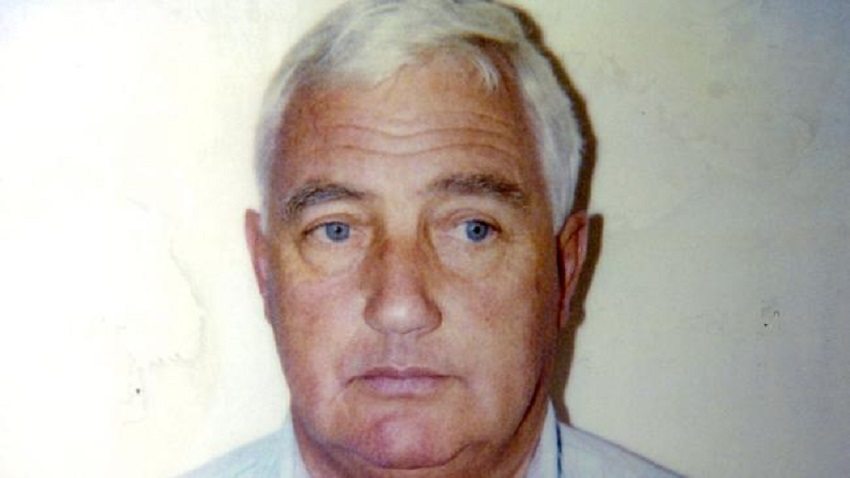 Share on FacebookShare on TwitterShare
Born in England in 1932, John Wayne Glover terrorized Sydney, Australia for over a year through brutal attacks on elderly women in wealthy suburbs.  Connected together as down the work of one individual, the nickname The Granny Killer soon emerged from the media.

Arrested in 1990, Glover confessed to the murders of six women and sentenced to life imprisonment with no possibility of parole.  After 15 years in prison, John Wayne Glover took his own life in his prison cell in 2005.

A boy who left school with little qualifications he drifted, encountering rejection wherever he went.  Born in England, he joined the British Army for a period but was promptly discharged when they made the discovery of his earlier convictions.

He emigrated to Australia in the late 1950’s unsure what he was going to do with his life. He did go on to secure employment as a sales rep for a food company, get married and have two children, settling into life in Mosman, Sydney. Like many who go onto serial murder, John Wayne Glover had a string of previous convictions, mainly for petty theft.  However, he continued his criminal activities when he moved to Australia where his arrest sheet reads charges for further thefts and a number of assaults on women in the Melbourne area.

Glover was escalating and his behaviors had begun to be directed at harming women. In the late 1970’s and 80’s, John Wayne Glover’s life began to spiral out of control.  His mother had followed him to Australia in 1976, however, she died of breast cancer in 1989, a disease he would go onto develop himself.  His marriage crumbled and his estranged wife moved away with his children.

A Descent Into Murder

The number of offenses and murders in which John Wayne Glover carried out may never be known for sure.  In 1989 there was an attack on 84-year-old Margaret Todhunter in Mosman, Sydney.  She was punched in the face and robbed of her purse, an attack now attributed to Glover.

In March 1989, 82-year-old Gwendoline Mitchelhill was followed to the entry foyer of her Military Road apartment building. She was struck on the back of her head with a hammer and as she lay on the floor was beaten repeatedly and her purse stolen.

A brutal attack which Gwendoline Mitchelhill could not recover from and she died shortly after the emergency services arrived. Police had little to go on with no witnesses and no forensics to work with after good-willed neighbors had washed down the crime scene believing it had been a terrible accident and not, in fact, a murder.

Two months later another attack on an elderly woman and one which was almost identical to the murder of Gwendoline Mitchelhill.  84-year-old Lady Ashton was followed to the foyer of her apartment where she was attacked with a hammer.  Lady Ashton was strangled with her own pantyhose before the attacker made off with her purse.  The similarities in the two murders convinced police they were potentially looking at a serial killer operating in the area, specifically targeting elderly women in the doorway of their homes.

“Serial murder has of course happened all around the world, but usually it involves young men and woman in their twenties and thirties. But what we were dealing with was much older ladies, most aged over 80.” – Detective Inspector Mike Hagan

In June 1989 this serial killer turned into a serial molester.  Targeting women in retirement homes, a series of incidents were reported to police involving a man inappropriately touching elderly women.  By the approach of winter that year, the attacks continued, returning to their violent status. 86-year-old Doris Cox was attached in the stairwell outside her home.  She survived but was unable to give a description of her attacker to the police.

Margaret Pahun at 85-years-old was attacked on her way home from shopping.  Hit over the back of the head she was subjected to further blows as she fell to the ground before she was robbed of her purse and left on the pavement.

Olive Cleveland at 81 years old was attacked at her retirement home and strangled with her pantyhose.  This attack followed the same pattern as the preceding murders, with the killer rearranging clothing and stealing belongings. Muriel Falconer was 93 years old when she became another victim of the Granny Killer. Followed to outside her home, she was hit over the head with a hammer and then strangled.  Her body was not discovered until the next day giving the attacker plenty of time to escape unseen. From this crime scene, police were finally able to gather forensic evidence in the hunt for this brutal killer.

By 1990 John Wayne Glover had gained in confidence.  He had carried out a string of murders and attacks on elderly woman and had not been caught.  He became sloppy and during one of his regular food deliveries for his job at a hospital, he indecently assaulted an elderly female patient and was almost caught by a nurse.  He was identified by the nursing staff who knew him from previous deliveries and with a positive identification from the victim, police were closing in.

Police requested John Wayne Glover attend the police station for an interview, a request he failed to honor.  When followed up, police discovered Glover had attempted suicide and was recovering in hospital.  At the hospital police were given a suicide note found by the nursing staff, a note which made detectives investigating the Granny Killer murders highly suspicious, scrawled on a receipt read the words ‘no more grannies‘.

When finally interviewed John Wayne Glover denied all knowledge and involvement in the indecent assaults. Not convinced and not wanting to tip him off over their belief in his involvement in the murders, police placed Glover under surveillance to try and catch him in the act.

While under surveillance John Wayne Glover visited the home of his friend 60-year-old Joan Sinclair. After three hours and no sign of Glover, police made the request to their superiors to enter the home. By early evening the police gain access and make the devastating discovering of Joan Sinclair’s body along with a bloodied hammer. Searching for Glover, they find him lying unconscious in the bathtub in another suicide attempt.

“I have no excuse, no reason. I can’t give you what compulsion drove me to do it, but the fact remains it happened.”

At the trial, commencing 28 March 1990, Glover admitted the killings but pleaded not guilty on the grounds of diminished responsibility. A psychiatrist said John Wayne Glover had built up hostility and aggression since his childhood against his mother and then against his mother-in-law, who was said to “trigger” him.

Both women had died shortly before he began is killing and it was suggested after their deaths, Glover needed a new outlet for his anger. The Crown prosecutor maintained that Glover was well aware of his actions and was entirely sane at the time of the killings.

The jury took little time to find John Wayne Glover guilty of the six murders.  He was given six life sentences with a recommendation he was never to be released. After the guilty verdict was delivered, Justice Wood stated that he was dealing with an extremely dangerous prisoner:

“The period since January 1989 has been one of intense and serious crime involving extreme violence inflicted on elderly women, accompanied by theft or robbery of their property. On any view, the prisoner has shown himself to be an exceedingly dangerous person and that view was mirrored by the opinions of the psychiatrists who gave evidence at his trial.”

John Wayne Glover committed suicide in jail in September 2005, aged 72. At an inquest into his death, it was speculated he may have hung himself by accident in an attempt to gain sympathy.

An extremely dangerous individual, John Wayne Glover pounced on vulnerable elderly women while their backs were turned.  They had no chance against him and for the six women who lost their lives, they died a terrifying death.

This article uses material from the “John Wayne Glover” article at wikipedia.org and is licensed under CC-BY-SA.