Guardian Crime revolutionizes the FBI crime statistics database into attractive and friendly graphics. Providing minimized but comprehensive data, even the most statistic-phobic person can make use of this project 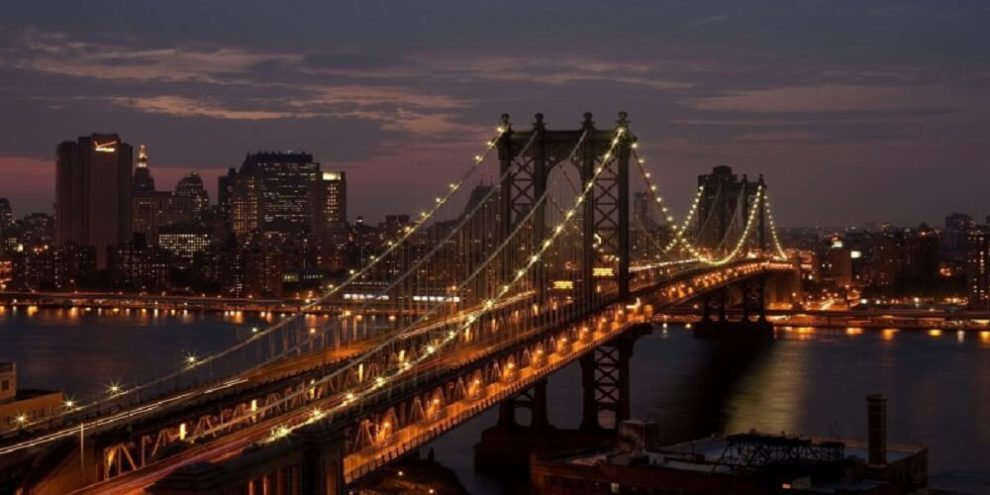 Share on FacebookShare on TwitterShare
In an innovative and exceptionally clever project, a student group from Rhode Island have transformed FBI crime statistics into attractive, useful and accessible graphics made available through the use of a simple Twitter hashtag.

Each year the Federal Bureau of Investigation publish their crime statistics for cities across the United States.  These are figures which inform of fluctuations in crime rates, provide statistical analysis of violent crime and property crime and highlight crime trends. They are the most up-to-date and comprehensive source for information on the levels of crime within America’s cities and across its communities. The raw data contains columns of percentages, fractions, and percentiles, with row after row of numbers in different shades of grey. The FBI crime statistics database is an incredible resource but, most don’t know it is there, and if they do, a strong head for numbers and an eye for figures is needed to avoid being overwhelmed.

Enter Guardian Crime. A fantastic project dreamed up by a group of freshmen students who wanted to make a difference.

Recognizing the importance of FBI crime statistics, how useful they could be to individuals, communities, and researchers, this group of students wanted to present them in a better, more practical way that everyone could access.

Guardian Crime is an intelligent and resourceful project which has taken over four years to build.

Guardian Crime revolutionizes the FBI crime statistics database into attractive and friendly graphics. Providing minimized but comprehensive data, even the most statistic-phobic person can make use of this project.

The FBI’s Uniform Crime Report covers over 10,000 communities across America. Guardian Crime transforms this complex data, organizing and analyzing it to provide the most up to date statistics for each individual city.

This is a project that has been created with the user in mind. Utilizing the power of social media and particularly the Twitter platform, Guardian Crime have created the most simple and effective method for anyone to access their data, as long as they have a public Twitter account and know how to use a hashtag. 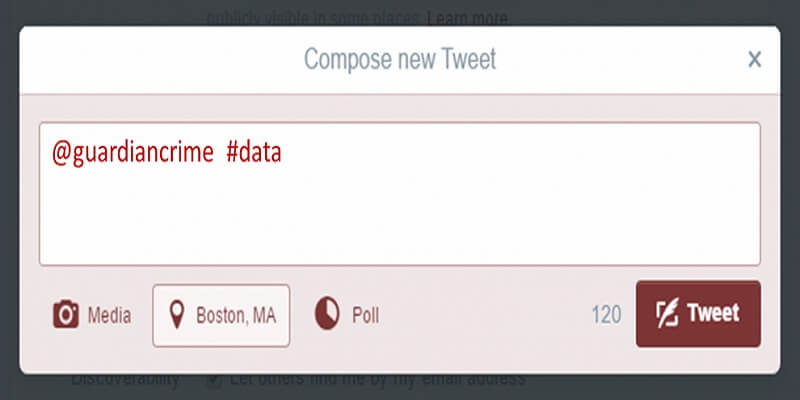 With a simple Tweet to @guardiancrime with #data and a city location, you can have these statistical graphics delivered to you in less than a minute.

Two founding members of Guardian Crime, Dillon Bordeleau and Eric Salisbury, kindly gave their time to tell me more about the project, how it came about and where they see it going in the future.

I noticed the Guardian Crime Project was created by a group of students. How many of you are involved and how did the idea first come about?

Eric and I had the idea of creating such an application as Guardian during our freshman year of high school; we aimed to connect the general public with federal crime data in a friendly and simple manner. With some research and investigation, though, we soon realized that accomplishing such a feat would require a bit of assistance – we decided to recruit three more skilled group members (Noah, Mike and Aaron) during our sophomore year. All five of us are current students at La Salle Academy in Providence, Rhode Island, and will be graduating in the spring.

Is the project part of an education programme or something extra you have decided to do?

Guardian started off as a school assignment but has since burst the realm of such jurisdiction and has effectively left everyone in its wake dumbfounded. At its initial conception, Guardian was a long-term project for our school’s gifted and talented program, La Salle Scholars. The Scholars program encourages students to pursue their interests and callings and to develop their own independent investigations throughout an extended period of time.

The regulations governing these projects are expectedly quite lax, so room for expression and application is abundant. Nonetheless, Guardian has since evolved into more of a common interest and ambition than anything else. The project, as a whole, represents something that our group can work towards bettering.

I imagine there has been a huge amount of work gone into Guardian Crime to get to where you are today. How long have you been working on it and what did you aim to achieve with the project?

As I mentioned briefly previously, Guardian has been a four-year endeavor to this point. Eric and I came up with the very first inklings of the concept during our freshman year and have since spent a tremendous amount of time developing and improving upon them.

I still continue to marvel at Guardian’s progression when I look back on our improvement and advancement over the years. The project seemed to explode from just an idea to a fully operational and global application in no time. All in all, we aimed to better inform the public of the crime taking place in its own backyard and beyond – all through a welcoming and straightforward Twitter engine.

That is a very good question. Guardian has assumed a multitude of shapes and aliases through our high school careers. Initially, Guardian was slated to become an iOS application. Eric and I envisioned an intuitive iPhone app that would possess tremendous processing power and ability in presenting and analyzing crime data. With some time and consideration we realized, though, that creating an iPhone app would actually significantly decrease our total potential audience – Guardian could only be used by people with iPhones.

A Twitter engine allowed us to effectively exponentially increase our audience and to successfully make Guardian a universally beneficial application. As for the difficulty in accomplishing this: it was considerable. There are so many facets that go into making Guardian tick and concentrating them into a single, continuously operative engine took quite a bit of skill. Nonetheless, we feel as though our Twitter engine makes our project as accessible and useful as it could possibly be.

The amount of work involved for collating and analyzing data from the FBI statistics database must be huge. Have you had to create a computer program to do much of this work automatically?

All of our data collation and analysis is done programmatically (to everyone’s relief). My group and I have written over 2,000 lines of code to make Guardian run as reliably and effectively as it does currently. Within these 2,000 lines are numerous functions and methods that collect data from the FBI’s Uniform Crime Reports and transform them into comprehensive yet straightforward graphical representations.

The FBI has data on over 10,000 communities across the United States and we have unrestricted and complete access to every row and column of it. This data however, although available, is hardly known to even exist by the general public – Guardian shines light upon it and puts it to use.

I think this is an extremely useful tool for communities, researchers and others looking for this kind of up-to-date data. What kind of response have you had to the project now it has gone live?

Our project has had a tremendous response from a great deal of accounts and entities over the past several weeks. Promotion has become one of our main focuses – getting Guardian out there and getting people to realize the raw power of the application is all but paramount in such a research project.

With that being said, we are currently exploring several channels of promotion: we are in contact with law enforcement officials, are speaking to bloggers and writers such as yourself, and are self-promoting through word of mouth and social media campaigning. We hope to continue the exponential rise in popularity that Guardian has been enjoying in the future and to in turn fully harness Guardian’s potential as well.

Where do you see the project going in the future?

The future applications and uses of Guardian are practically infinite. The versatility and flexibility of our project is certainly something we value very much. As a group, though, we are currently pursuing and testing several concepts including a crime reporting engine and most importantly, a GPS application programming interface that allows drivers to avoid areas of high crime while traveling through unknown or unvisited territory. We are even working towards cumulating data for the United Kingdom and Canada.

Even further still, our group is aiming to achieve federal endorsement or recognition from the FBI for our work – monetary gain is not at all our goal, but earning a reputation certainly is. All in all, Guardian will continue to keep the American public, and perhaps the future worldly public, better informed and more aware.

Guardian Crime is a creative project which takes an existing source of complex data and transforms it into friendly, useful graphics for anybody to access.  The attractive graphics and ease of access is the beauty of this project and I am sure it will continue to grow and gain in popularity.

I would like to thank Dillon Bordeleau and Eric Salisbury for their time in answering my questions about their work and I wish them, and the rest of the Guardian Crime group, all the very best for the future.