During his time in prison, through a quest for knowledge and learning, Nick Yarris discovers ‘triskaidekaphobia’; the fear of 13. 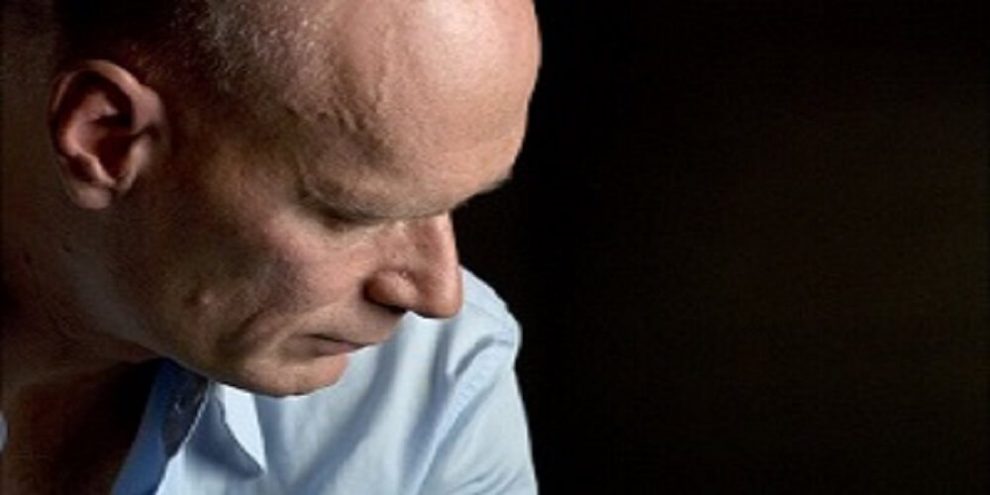 Share on FacebookShare on TwitterShare
Described as a psychological thriller, you wonder whether ‘The Fear of 13’ is fact or fiction. Soon, however, as you watch engaged and curious, you realize that this is a death row documentary telling the story of one man’s incredible journey, and it is very much fact.

As aptly described by Variety, this documentary “tells a factual story with the dramatic beats of a fiction film”. In a unique style, this film is centered on a four-day interview with Nick Yarris, a man who spent 23 years on death row and petitioned the court asking to be executed. There are no interviews with family members and friends, no words from prison chaplains and prisoner support groups. None of the usual factors you are used to seeing in a death row documentary.

Throughout this film, Nick Yarris sits on a chair in a dark empty cell and tells his story. He looks well, he is wearing a crisp shirt and he is not behind a screen talking on a telephone.

Nick’s personal and up close monologue is not a linear tale where each event follows on chronologically from the last. It is a story that is fluid, where time shifts to different phases in his life but he doesn’t lose you in this discourse, he draws you in.

A film by director David Sington, (‘In the Shadow Of The Moon’, ‘Thin Ice’) he has clearly worked hard to ensure this documentary is as dramatic and hard-hitting as it is engaging and thought-provoking.

Nick Yarris was a rebellious young teen and an excellent car thief. Delivering cars to order for a local garage, his cash-in-hand rewards paid for his drug habit. After an unfortunate violent encounter with a police officer in Pennsylvania in 1981 while under the influence, he found himself in a prison cell facing an attempted murder charge.

“Ultimately it is the storytelling, and storyteller, that truly make Sington’s film so memorable.” ★★★★☆ – Culture Whisper

With the prospect of years in prison, he tries desperately to think of a way out of his predicament. He decides that giving the police information on the murder of a local woman would surely get him out of his charges. Soon his boyish theory backfires. He is charged with the murder of 33-year-old Linda Mae Craig and thrown in a cell. Sentenced to death in 1983, years of solitude followed. Nick’s words are punctuated with emotion and feeling.

His chair is feet from the camera. At times he is somber, looking down and almost unable to meet your eye. At other times he is excited and animated by giving his story life. Within his conversation comes sounds to dramatize his words, times when the screen changes to imagery while you continue to hear Nick’s voice in the background.

All are elements which combine to make this film captivating. Your attention is maintained and your mind does not wander. This is a death row documentary that holds you in place for its entirety.

We discover the power of literature through the learning and self-teaching Nick engaged in during his long hours behind bars. How through words on paper a man began to educate himself and use his stubborn nature to slowly work his way through each book, stopping at each word he didn’t know to look up its meaning and spend time ensuring he learned it.

After all, he had the time and the number of words he learned each day served as a marker for counting off his days in prison. Through this quest for knowledge in reading, he discovers ‘triskaidekaphobia’; the fear of 13.

I am not going to write all the details of Nick’s story as this is a death row documentary that needs to be watched and not just read about. Just as you think you are reaching the end of the story, just as you think you understand his journey, you are hit with surprises and twists which change everything you have just watched.

You are told very early that all the things you hear from Nick Yarris have been verified to be true. This statement does not register until the facts of the story begin to shock and send you backtracking in your mind to an earlier monologue, double checking what you have just heard.

The experiences you have just been told about so vividly, the tales that have kept you engaged, now suddenly, take on a deeper different meaning. A truly captivating film, unlike any other true crime death row documentary you have seen before, ‘The Fear of 13’ is dramatized fact that needs to be watched to be fully appreciated.