Abused, beaten and with no self-esteem left, Cyntoia Brown's days were spent getting high on drugs and following the demands of her boyfriend who was really her pimp

by Fiona Guy
in True Crime & Justice
Reading Time: 6 mins read
A A 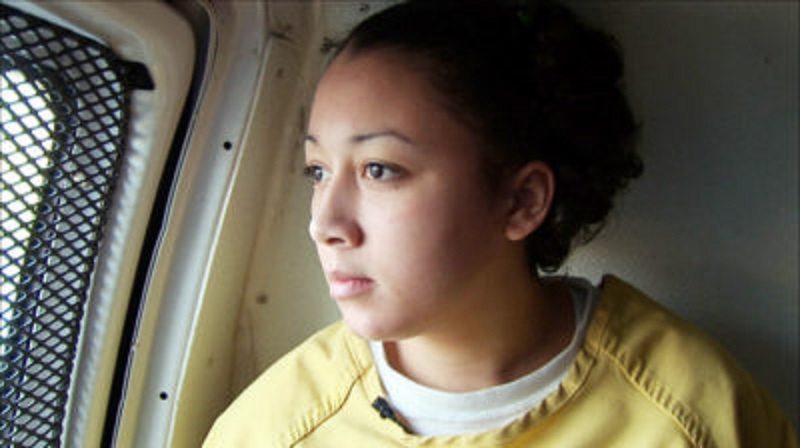 Share on FacebookShare on TwitterShare
UPDATE: On 7 January 2019, Governor Bill Haslam of Tennessee granted Cyntoia Brown clemency, commuting her life sentence. Now 30-years-old and after spending almost 15 years in prison, Cyntoia will be released to supervised parole on 7 August 2019.

In 2006, 16-year-old Cyntoia Brown was tried as an adult for murder. Two years previously she had been picked up on the street by a 43-year-old man Johnny Allen for sex and taken back to his home. Before the night ended, Cyntoia had shot and killed Allen and fled his home.

Cyntoia Brown was convicted of first-degree murder and sentenced to life imprisonment. This case, however, is far from a clear-cut murder. Cyntoia Brown was still a child and her history of abuse, abandonment, and disadvantage are as tragic as the events of that August night which ended one man’s life and a took away a teenagers future.

“Are you up for some action?” Six words spoken by a 43-year-old man to a teenage girl on a dark rainy night on the streets of Nashville. Six words which would change the life of this teenager in a way she could never have imagined. By the end of that night in August 2004, Johnny Allen was dead. Killed by 16-year-old Cyntoia Brown who then robbed his home and fled in his car, stopping only to call 911 and report a homicide.

Watch the full documentary telling Cyntoia’s story through her own words.

The Disordered Life Of Cyntoia Brown

No more striking is the effect of a dysfunctional, disruptive childhood as in the case of 16-year-old Cyntoia Brown. The child of a teenage alcoholic whose life was in chaotic freefall, this was a young girl destined to be scared from her early years. Cyntoia Brown was born into chaos with a teenage mother who favored alcohol over prenatal care and introduced crack cocaine into her system in her eighth month of pregnancy.

A young mother who herself was the child of rape and a child who was not wanted and not loved. History was repeating itself with a new baby born into a hostile and unloving environment with no care, no protection, and no security.

Generation after generation had witnessed mental health problems, suicides, gun violence and substance abuse. Cyntoia Brown was most likely born with fetal alcohol syndrome, known to affect rational decision-making and impulsive behavior. Add this to her genetics going back through the generations and a dangerous mix was already in place.

Passed from carer to carer for the first two years of her life, her emotional development was more than muted. Our personalities are shaped by our genetics and our experiences in life, with our childhood years being most important for building a stable psychological state of mind.

The years from birth to five are the time our emotions begin to develop. We learn to love, to attach, to trust and to empathize and we build healthy emotional bonds with those around us.

As Cyntoia Brown grew she was able to achieve some security through a more stable adoptive home but the damage had already been done. By her early teens, she was rebellious, adverse to authority and had an attraction to risk. Unable to form stable relationships at home, she soon became a runaway. Her social circle narrowed and she began getting involved in drugs, with men who dealt drugs and then with men who wanted her to work for them, with her body being the item for sale. She found herself in abusive relationships with men, being dominated and abused by those around her.

Cyntoia Brown was being used by men. Men who were nice to her initially gave her the attention she craved and then turned nasty. They turned to threats and violence to get what they wanted, teaching this young girl to expect anyone being nice to her to turn at any moment.

Abused, beaten and with no self-esteem left, days are spent getting high on drugs and following the demands of her boyfriend who was really her pimp.

At 16-years-old, a teenagers brain is still developing. It is making connections, building new pathways and developing the ability to rationalize, consider and take control of decisions and behaviors. During this process, teenagers are impulsive, they are reactive and they live in the moment. Thinking beyond their current circumstances is just not on their radar.

At 16-years-old Cyntoia Brown was out on the streets, being forced into prostitution to bring money back to the abusive man she thought was her boyfriend. Her meeting on 6 August 2004 with 43-year-old estate agent Johnny Allen was by chance, in a Nashville restaurant parking lot. They negotiated a fee and she agreed to accompany him back to his empty house. A 2004 petition for appeal details her account to police of what happened on the night Allen was killed;

“On the night of August 6, 2004, she was walking near a Sonic Drive-In when the victim, whom she did not know, picked her up in his truck. Id. He drove her to the Sonic, they ordered food, and the victim offered to let her spend the night at his home. Id. The Petitioner accepted the victim’s offer, and they went to his house.”

At the house, he is nice to her, lets her explore the rooms and gives her food but she says he had another side, one which bragged about his money, the guns he owned, showing them to her and expecting her to be impressed.

She grew uneasy she says, fearful that he could do what he wanted to her in this house and no one would know as no one knew where she was or who she was with. When he reaches down beside the bed she thinks he is reaching for a gun to shoot her. Instead, she takes out her own gun that she carries in her purse and shoots him, killing him instantly. This is a 16-year-old girl with a turbulent lifestyle and a confused mind who has now found herself labeled as a killer.

What is the criminal justice system to do in such situations? This is a child who has admitted killing a man leaving no doubt that she is responsible for his death but, can she really be held fully criminally responsible for her actions?

Furthermore, should this 16-year-old be tried in a juvenile court most likely resulting in a sentence to a juvenile facility, or as an adult where a very long sentence in an adult prison is the almost guaranteed outcome? A split second decision by a young girl trapped in a horrific situation. The factors in her life which had led her to that point, her genetics, her childhood, her learned relationships combined with her still-developing teenage brain are not factors she had control over. Can, in that case, this teenager be treated in criminal court in the same way as a fully developed and experienced adult?

Cyntoia Brown was assessed by William Bernet, a forensic psychiatrist based at Vanderbilt University, who realized early this was a teenager with a troubled history and a deeper troubled mind. She was however deemed competent to stand trial and the decision was made that 16-year-old Cyntoia Brown should be tried as an adult on the charge of murder.

Her defense put forward that her actions that evening were self-defense, that she felt threatened and through fear defended herself in the only way she knew how. The prosecution claimed this was a cold-blooded murder of a man who was shot while his back was turned. After a five-day trial and a jury deliberation of six hours, Cyntoia Brown was found guilty of murder and sentenced to life in prison equal to 51 years. Cyntoia Brown will be eligible for parole when she is 67-years-old.

This documentary not only tells the story of a teenage girl who went off the rails resulting in the death of a man at her hands but the story of a young girl discovering who she is and reflecting on her life. The transition from a child to a teen and then to an adult is a difficult one and it is one that has been documented here through Cyntoia Brown’s tragic story.

Serving her sentence at the Tennessee Prison for Women, her transition from teen to adult has taken place behind bars. In the final segment of this film, you hear an articulate young woman reflecting on her life and where she is today. A young woman who has clearly spent time understanding herself and why she is the person she is.

A young woman who could have been a teacher or a lawyer met the right partner and had a family of her own to raise and break the cycle of her own history. Instead, she is alone with reflections and understandings which she is unable to put into practice. She is focused on a fight for her freedom in a battle she may never win, all due to the rash actions of her 16-year-old self.