Home » Book Reviews » Victorian Criminals, Their Crimes and Their Punishments

Using official records of the police courts and prison authorities, three authors, all professional academics, provide a unique insight into the lives of Victorian criminals 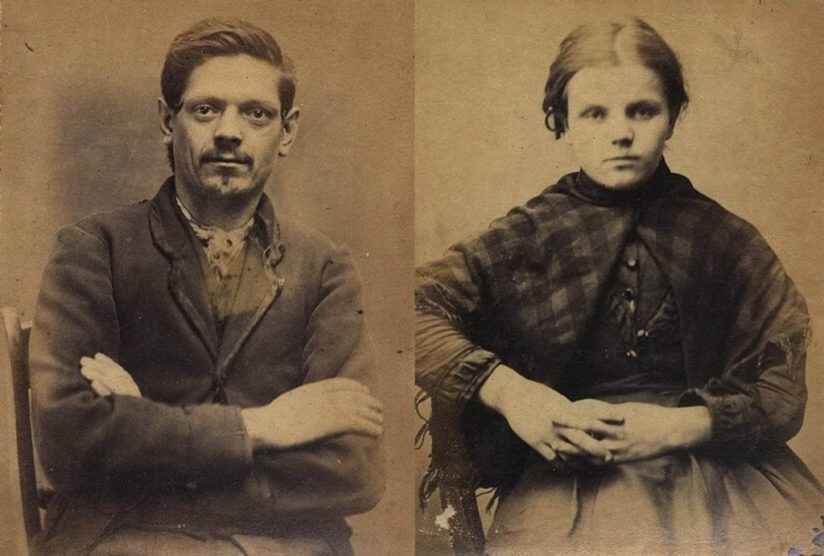 Share on FacebookShare on TwitterShare
“What was life like in the Victorian underworld – who were the criminals, what crimes did they commit, how did they come to a criminal career, and what happened to them after they were released from prison?”

Crime and punishment in the Victorian era were harsh.  The smallest of offenses for Victorian criminals could see them in prison for months to years. In the years between 1842 and 1877, Britain saw an influx of prisons being built, around 90 in total, designed to hold British prisoners on British soil instead of sending them abroad. With many British convicts being sent to Australia to serve their punishment, known as ‘transportation’, Australia was becoming unsettled with its land being used as a British dumping ground for its undesirables and as a result, the early 1950’s saw this practice coming to an end.

Years banished to overseas prisons for many Victorian criminals became a sentence of years behind bars on home soil. A period of solitary confinement was the first stage of punishment.  A period to reflect on their behavior and reassess attitudes usually imposed followed by years of ‘Public Works’ or manual labor in order to complete their punishment.

While it was mostly men who came before the Victorian courts, women did also feature. Women who were not only going to be punished for their criminal acts but also for not meeting the expectations of female behavior and they often found themselves with harsher penalties as a result.

The Lives of Victorian Criminals

Victorian Convicts: 100 Criminal Lives by Dr. Helen Johnston, Professor Barry Godfrey, and Dr. David J. Cox is a book which recounts the stories of one hundred Victorian criminals, their lives, their crimes and their punishments.

It begins with an overview of the Victorian prison system;  how it came about, the conditions and the sentencing.  This is followed by a chapter explaining the final stages of a sentence when an offender is released on license.

These are compelling chapters enlightening the reader of the different procedures and policies, the implications and the problems in enforcing such a system over 200 years ago.  You can clearly see the parallels to our modern-day prison system and how its roots are laid in history. These introduction chapters lay the foundations for the following case studies.

One hundred cases of individual lives and the history which lead them into criminal behavior. They showcase the Victorian prison system in action in its rawest form and highlight its effects and the impacts on those individuals who found themselves in its grip.

The cases of both men and women are detailed and there are some intriguing cases included. George Brasher, for example, a son whose father was convicted of theft and sent abroad to the harsh conditions of Tasmania and the convict ship Tortoise in 1842, never to return after his sentence, abandoning his wife and children. 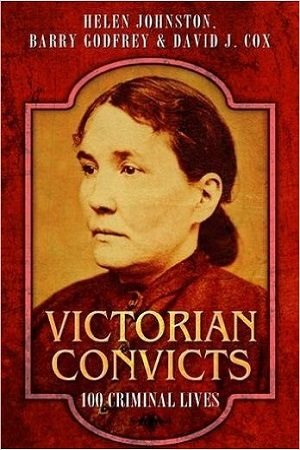 Young George found himself arrested for larceny (non-violent theft) numerous times and on one occasion being whipped as his punishment.  After a further arrest in 1848, he was sentenced to six months in prison. During which time his mother, drained by the label of a transported convicts wife and exasperated by her sons, all of whom were convicted felons, she collapsed and died in the street.

George Brasher did not learn his lesson with a further larceny charge within a year of being released from prison.  This time he was sentenced to seven years transportation.  According to the records, George served around half of his sentence in Britain, avoiding being transported out to Australia.

This final sentence appears to have changed his ways upon his release in the early 1860’s, he found a trade as a blacksmith and kept himself out of trouble and away from other people’s belongings.

“The criminal lives of 100 Victorian convicts based on the official records of the police courts and prison authorities.”

Each case study is quite short and concise, around two pages with a historical box at the beginning of each, providing relevant historical information relating to the case and setting the scene for the information to follow.

These case studies have been compiled from historical records and census data and it could be said are a bit dry as a result, providing solely the recorded facts of each case.  However, each case is an individual, a real person who lived and actually experienced what is on these factual pages and this is what makes this book quite unique and more than fascinating to read.

The facts flow through to after their crimes and their served punishments, to what happened to them, whether they committed further crimes or led, at least from the official records, a law-abiding life thereafter.

“The convicts biographies are listed in alphabetical order, and the text boxes at the top right of each entry along with the accompanying image at the top left serve to illustrate a particular aspect of their lives.”

There are still collections of photographs available from the Victorian era.  Mugshots of Victorian criminals as they were arrested and charged with criminal offenses. The following intriguing photographs are of convicted criminals in Newcastle between 1871 and 1873.

There are a range of expressions on these faces.  Fear, bewilderment, and uncertainty and reading their crimes and their punishments give an insight into where they were in their lives at the moment these images were taken.

The case of Catherine Doyle, detailed in Victorian Convicts: 100 Criminal Lives, is an interesting one highlighting that even in Victorian times, young adolescents were not always well-behaved and on the right side of the law.

Catherine was born in 1851 in Manchester and found herself serving seven days in prison aged just 16 years old for the theft of a jacket. This prison sentence, however, appears to have done little to change her ways with a further prison sentence imposed a year later for an almost identical offense.

At 18 years old she received seven years custody to be followed by seven years police supervision for the theft of some wool, her previous convictions working against her. Sent to Millbank Prison in London and then onto Fulham Prison, she did not go quietly. Often getting herself in trouble she was “punished with a reduced diet and restrained in a straitjacket for destroying prison property and general disorder”.

Her life continued in this same manner. A short reprieve came when she married and settled for a few years. She would be released from prison only to re-offend again within a short period, always for theft and then find herself back in prison where her behavior won her further punishments.

Upon her final release in 1887 aged 36-years-old, she appears to have decided to calm her thieving and keep out of prison with no further record of her reoffending after this date.

“Post-war govenments did not want to invest in better penal conditions…. many prisons returned to the kind of state that Victorian philanthropists and reformers had campaigned so strongly against.”

A satisfying and welcome conclusion chapter tells of what happened to all these convict prisons and how the criminal justice system developed and changed over time. A book which is the result of collaboration by three authors, all academic scholars in fields such as Criminology, Social Justice, and Criminal Justice History, you can be sure the information presented has been thoroughly researched, is accurate and it can be relied upon.

A fascinating, informative and educational read providing the history of these one hundred individuals who lived so long ago but who can teach us today the practices of the Victorian penal system and the struggles of the era. We often forget about history and those who have gone before us. This book ensures for these one hundred Victorian criminals at least, their stories and their existence, will not be forgotten.

You can purchase a copy of Victorian Convicts at Pen & Sword Books.

The Victorian era of Britain is known for its harsh approach to crime and the enforcement of punishments as a result. In Victorian Convicts: 100 Criminal Lives, a collection of one hundred individual cases are presented. These are cases which highlight the difficult living conditions and hard times surrounding those living through this period. Using official records of the police courts and prison authorities, these three authors, all professional academics, provide a unique insight into the lives of Victorian criminals, their crimes, and their punishments. Understanding what led them to crime and what happened after they had been punished, who stayed on the right side of the law and who didn’t. Furthermore, this book provides detailed information on the penal system of the time, how it was structured and how it developed as the years passed. A thoroughly researched, detailed and fascinating book that will not disappoint anyone interested in the Victorian era and the history of crime and criminals.