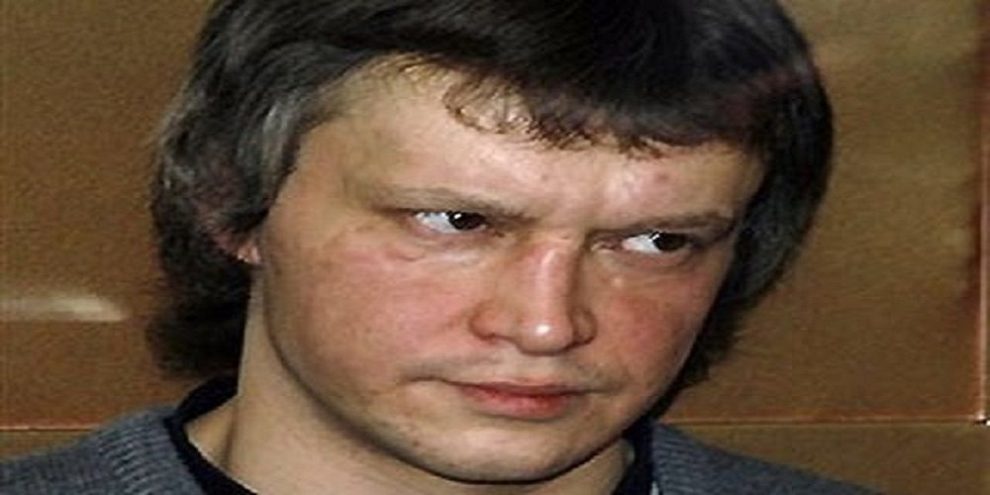 Share on FacebookShare on TwitterShare
Alexander Pichushkin is a man who liked to befriend his victims before bludgeoning them to death. Also known as “The Bitsa Park Maniac” and “The Chessboard Killer”, Pichushkin is a Russian serial killer convicted of 48 murders.

Alexander Pichushkin suffered a head injury as a child when he fell off a swing. His personality changed as a result which some believe contributed to his later murderous behavior.  An excellent chess player, Pichushkin spent much of his early life with his grandfather who taught him to play. Bitsa Park in Moscow was a place he could test his skills with the older men who used to congregate there for regular games.  The death of his grandfather affected him greatly and was the catalyst for a drinking habit, regularly consuming large quantities of vodka.

Pichushkin claims his first kill was a rival for his girlfriend’s affections when he was 18 years old in 1992. This was same year another notorious Russian serial killer, Andrei Chikatilo was convicted of killing 53 children and young women between 1980 and 1992.  Also known as the “Rostov Ripper”, Chikatilo was executed in 1994.

Alexander Pichushkin would entice his victims, mainly homeless men, with offers of vodka. When they were relaxed and least expecting an attack from their new acquaintance, he would strike from behind, hitting them over the head with a hammer. Leaving their bodies within Bitsa Park, they were found quickly by unsuspecting members of the public. For some victims he changed his method, choosing to drown them in a sewer, making the true number of his kills unknown.

In 2006 his final victim, a woman named Marina Moskalyova, was found in Bitsa Park. A former colleague of Pichushkin, she had told her son where she was going and gave him Pichushkin’s phone number. When checking the CCTV footage of the local metro station, Pichushkin could clearly be seen walking across the platform with the now dead woman.

Related: Inside The Mind of a Psychopath – The Psychopathic Killer

The court appearance of Andrei Chikatilo, Russia’s most notorious serial killer was fraught with victims families screaming at him while he delivered a two hour rambling personal statement behind the bars of his court cage.

Arrested on 16 June 2006 at age 33 years old, Russian serial killer Alexander Pichushkin was convicted of 48 murders and 3 attempted murders.  Unable to be sentenced to death after the suspension of the death penalty in Russia in 1996, he received a life sentence with the first 15 years to be spent in solitary confinement.

Whether Alexander Pichushkin was in a brutal competition with the Rostov Ripper or really was completing a deadly chessboard of kills is unclear, however the man who has said “I felt like the father of all these people, since it was I who opened the door for them to another world”, is now known as Russia’s most prolific serial killer.