Research indicates an increased risk of offending, including violent offending, when an individual has suffered a traumatic brain injury in the past which required hospital treatment

by Fiona Guy
in Crime Research
Reading Time: 9 mins read
A A 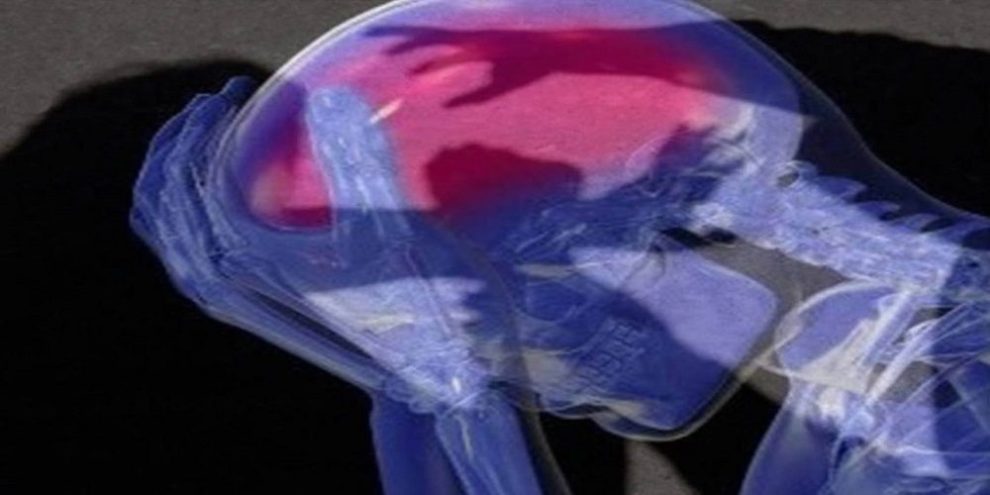 In the hunt for why criminals engage in criminal behavior and especially why some show such violence and aggression within their crimes, the prevalence of traumatic brain injury has not gone unnoticed.  In fact, in a number of studies carried out with prison inmates, the rate of head injury has been seen up to seven to eight times higher than the rates found in the general population.

A new research study from Australian researchers was published in July 2015 in the research journal PLOS One, which aimed to investigate a possible link between traumatic brain injury and criminal behavior. By studying the hospital records of almost 8000 patients alongside their first-time criminal convictions, an idea of how they may be related has emerged.

There have been many notorious cases of criminals whose earlier brain trauma has come to light and in some cases, put forward as a possible explanation for their callous and brutal violence against others.

Fredrick West, a serial killer in the United Kingdom, who along with his wife Rosemary West was responsible for the deaths of ten women and girls at their home at 10 Cromwell Street in Gloucester, experienced a motorbike accident when he was 17 years old. This left him in a coma for a week with serious head injuries which required a metal plate to be surgically inserted into his brain to try and repair the damage.

Peter Sutcliffe, the ‘Yorkshire Ripper’, another infamous British serial killer, was a premature baby and starved of oxygen at birth, potentially damaging the hippocampus in his brain which is involved in regulating aggression.

This study in Australia used record linkage where a large dataset gained from records are used to make a comparison and analysis against another variable. In this case, on whether there are any correlations between traumatic brain injury and first criminal convictions.

Previous studies have been carried out using a similar methodology. Notably, a study looking at brain injury in childhood and risk of criminal convictions in later life within Northern Finland, published in 2002 in the journal Psychiatric Research.  Here they found there was an increased risk of over one and a half times for criminality if an individual had suffered a traumatic brain injury as a child.

Another study which looked at the risk of violent crime in people with epilepsy and traumatic brain injury in Sweden, published in 2001 in PLOS Medicien (Fazel et al, 2011) found a three-fold increased risk in convictions for a violent offense compared to the general population after a traumatic brain injury which required hospitalization.

These results do suggest there is a casual link between the two and therefore if traumatic brain injury can be reduced, it is possible this could have a positive impact on crime reduction. Traumatic brain injury (TBI) can range from a knock to the head causing blackout and concussion to more severe trauma which requires medical intervention.

A milder head injury is more common and does not result in any lasting effects on cognition or behavior. Another issue to be considered is there are behaviors which can be seen in the early years of childhood which have been linked through research to criminal behavior in adulthood, and these behaviors are also linked to a higher risk of head injury.

The interrelationships between mental health, substance misuse and criminal behavior particularly violence and aggression are complex, and it can be difficult to disentangle these factors and consider causation.

In this study, individuals born in Western Australia between 1980 and 1985 who had a traumatic brain injury which required hospital treatment were identified from hospital records.  For every individual found which matched these criteria, three people of the same age and gender, also born in Western Australia, who had never had a traumatic brain injury that required hospital treatment were selected.

These were to act as control subjects to provide a baseline comparison for the targeted subjects of the study.  This research also identified all the full genetic siblings of the same gender of targeted brain injury subjects who were born within 5 years of their year of birth (either earlier or later).  These were siblings who did not have any history of brain injury but as they grew up in the same environment as the targeted individual, they would have experienced very similar home life, upbringing, and social exposure.  If there was more than one sibling available, the one that was closer in age to the targeted subject was selected.

Hospital records were also used to ascertain whether any mental health problems were present or had been treated.  Any history of substance abuse was examined using records from the Western Australian Drug and Alcohol Office.

Using the Western Australian Department of Corrective Service’s records, researchers were interested in criminal convictions, especially the first criminal convictions of any of their research subjects.  Their records search included juvenile crimes up to the year 2009 and adult offending up to the year 2011, along with community-based orders and custodial sentences as the outcomes from the Court system. A separate analysis was completed for cases of violent offenses covering homicide, assault, or robbery.

A notable downfall in these measures is participants would only show on these hospital-based measures if they have received treatment for an episode of mental illness or substance misuse which had come to the attention of the authorities.

In many instances, an individual can be suffering from mental illness without experiencing a hospital admission or similarly, enduring substance misuse without coming into contact with relevant agencies and organizations with regards to treatment and support.  While this method would have picked up on severe cases, many may be missed using this record check alone.

An analysis was completed through statistical modeling with univariable and multivariable Cox proportional hazard regression models.  This allows for all data and potential other factors to be entered into the models and included within the analysis.  Regression analysis is designed to search for correlations between variables, for example as one variable increases, does the other increase with it, decrease or stay the same?

When compared as a whole to community controls, results indicated that traumatic brain injury increased the risk of any criminal convictions in both the male and female target group.

Overall the results of this study support an increased risk of offending, including violent offending, when an individual has suffered a traumatic brain injury which required hospital treatment.  Furthermore, these results support previous studies which have also found a significant correlation.

At best this study can be taken as further evidence that there is a casual link between traumatic brain injury and criminal behavior, but cannot go as far as say that traumatic injury is a cause of criminal behavior.  There are clear relationships between the effects of a brain injury and how that can impact behavior.  For example, a person recovering from a brain injury can experience changes in their personality, their thought patterns, and their cognition ability as the physical brain tries to recover.

Some of these changes can be temporary however many can be long-lasting and can have a significant impact on that individual going forward.  They may find their impulsivity, emotional processing, and social behaviors have altered.  These changes will manifest in their behaviors and may well lead to a higher risk of becoming involved in criminal activity which they may not have done so previously.

The authors of this study suggest that this causal link does indicate that a reduction in the prevalence of traumatic brain injury could have a beneficial impact on criminal convictions and crime rates in the long-term.

It is clear that further research into this area would be necessary to try to narrow down this relationship and provide more actionable results which could be taken forward, especially with regards to the complex interrelationship between social status, mental health, substance misuse, and criminality.