by Fiona Guy
in Crime Research
Reading Time: 9 mins read
A A 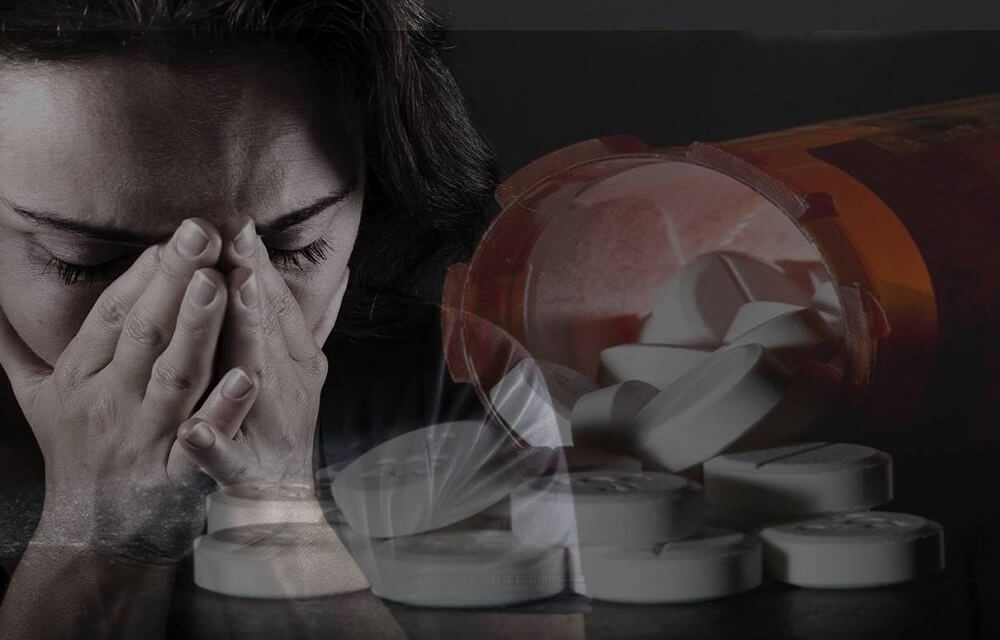 If you commit a crime while involuntarily intoxicated through legally prescribed drugs, can you and should you be held criminally responsible for your actions? In relevant cases, these are the questions a defense of involuntary intoxication is posing to a jury during a criminal trial.

The word ‘intoxication’ suggests firstly, alcohol is involved and secondly, the intoxicated individual generally became that way through their own choice. Legally, the term intoxication includes alcohol, illegal drugs and what many are not aware of, also medications legally prescribed by a qualified doctor. In most cases of voluntary intoxication and criminal acts, where an individual got themselves blind drunk and got behind the wheel of a car, for example, a defense based on intoxication is thrown out.  Jurors don’t tend to respond well to defendants blaming the fact they were drunk or high at the time of the offense, for why they committed the crime when it was their own decisions that got themselves into that state.

Voluntary versus involuntary intoxication can be the sticking point in many criminal cases, especially those involving medications prescribed by a physician. Self-induced intoxication by knowingly taking medication becomes complex when behaviors that follow turn criminal and a defendant blames the effects of that medication for their actions. They may have willingly swallowed the pills the defense says but, they were not aware that doing so could cause side-effects to the extent of violence, recklessness, and risk-taking where they had no control over their actions and no full grasp of right or wrong.

At first glance, the defense of involuntary intoxication by prescribed medication is one that sounds rather far-fetched. A convenient excuse for criminal behavior absolving the individual involved of any blame. The terminology of involuntary intoxication, however, covers the more than the obvious scenarios of a drink being spiked or substances being taken accidentally. The taking of prescribed medications at a dose or frequency out with the given medical instructions or in combination with other substances can also qualify. Although, evidence of a lack of understanding or reasonable knowledge that such actions could cause serious behavioral side-effects is required for such a defense have any chance of standing up in court.

In November 2014 in McLean, Virginia, 32-year-old attorney Andrew Schmuhl invaded his wife’s ex-employers home and held Leo Fisher and Susan Duncan hostage for three hours before stabbing Duncan and cutting Fisher’s throat. Both survived their ordeal but were left traumatized and deeply scarred by the attack.

The Washington Post reported Schmuhl’s defense team acknowledged it was Schmuhl who carried out the attack but claimed he was involuntarily intoxicated at the time of the assault. They claimed the powerful drugs he was prescribed for an old spinal cord injury lead to intoxicated effects to the extent he was not aware of what he was doing at the time.  Schmuhl was taking Fentanyl, a very strong opiate painkiller, in combination with other prescribed pain medications.

Schmuhl’s wife who also faced trial separately sat outside the couple’s home in a car during the attack. Evidence suggested the pair had planned the assault together after she was fired from her job, buying a Taser and untraceable mobile phones in preparation. Furthermore, although Schmuhl was clearly under the heavy influence of Fentanyl at the time of the attacks, he was still able to clean up the crime scene and remove items which could have linked back to him as the perpetrator.

“I just don’t want this guy and his wife — these two monsters — to ever do this to anyone else again.” – Leo Fisher

The jury did not believe Schmuhl’s defense and he was found guilty, sentenced to two life sentences plus 98 years behind bars. His wife in a separate trial months later pleaded guilty and accepted a plea deal to keep her sentencing as low as possible.

In recent years people are being prescribed more and more medications in response to a variety of physical and mental health issues; powerful painkillers for physical ailments, antidepressants for low moods and antipsychotics to address their mental health. When powerful drugs are prescribed they are of course deemed as safe for ingestion, however, a prescription comes with important instructions on dosage, on common side-effects to be aware of and warnings about how other substances such as further medications or alcohol could interact, causing undesirable and sometimes dangerous adverse effects. Any individual taking medication has the responsibility of reading the enclosed information and adhering to such advice and guidelines.

The American Psychological Association reported in 2017 that there was a 64% increase in Americans taking antidepressant drugs between 1999 and 2014. In the UK in 2016, almost 65 million items of antidepressant drugs were prescribed, a 108.5% increase in the levels from a decade earlier in 2006. The dramatic increase in prescription drugs has come just as the rates of criminal behavior under the influence of alcohol and/or drugs have also skyrocketed.  The National Council on Alcoholism and Drug Dependence (NCADD) reported that in 2015, 40% of all violent crime in the United States involved alcohol. The UK Office for National Statistics highlight that between 2013 and 2015, 39% of all homicide offenders were under the influence of alcohol or drugs at the time of the offense. Furthermore, 35% of those were known regular drug users.

Seattle psychiatrist Jennifer Piel conducted a criminal case review within the United States of federal and state appellate cases where defendants claimed their criminal actions were carried out due to involuntary intoxication by prescribed medications. Making use of the extensive LexisNexis online academic database and keyword searches, Piel found 219 cases up until December 2012. The graph below illustrates how these cases were spread across decades highlighting the increase in the use of this defense from less than 10 cases leading up to 1970, to a peak of just over 80 cases between 2000 and 2009 alone.

In her paper “The Defense of Involuntary Intoxication by Prescribed Medications: An Appellate Case Review” published in 2015 in the Journal of American Academy of Psychiatry and the Law, Piel examined the number of cases, how they were spread across time-scale and the kinds of drugs involved in these defenses.

The highest number of cases Piel found involved a prescribed sedative narcotic such as Valium or Xanax totaling 45 out of the final 98 cases she examined. In 18% of cases, the drugs involved were classed as antidepressants such as Zoloft, Prozac, and Paxil. Antipsychotics featured in the lowest number of cases at only 2, with all others featuring in less than 10 cases for each drug class.

In early February 2015, 31-year-old Jozetta Byrd violently attacked her two young children at their home in Falcon Heights, Minnesota, choking her 8-year-old daughter until she passed out and attempting to kill her 3-year-old son.  Bryd was arrested and charged with attempted murder and assault. She had no memory of the attacks and was unable to provide any explanation for her behavior. While in jail Bryd was assessed and found fit to stand trial with no evidence of mental illness either before, during or after she attacked her children.

The Star Tribune reported Jozetta Bryd had been prescribed the steroid Prednisone after an asthma flare-up and this her lawyers believed was the reason for her sudden violence against her children rendering her incapable of determining right from wrong. Prosecutors dropped all charges against Bryd after four months stating involuntary intoxication due to medication meant they were “unable under the law to hold the defendant criminally responsible.” Although no criminal charges were brought against Jozetta Bryd, her attack on her children brought a child protection investigation and her children were not living with her after her release.

In many aspects, a defense of involuntary intoxication is very similar to an insanity defense. It is an affirmative defense where the defendant is admitting to carrying out the offense, but claiming they were not in control of their actions or fully knew right from wrong at the time it was carried out. In other words, the prescribed medications they were taking amounted to insanity at the time of the offense. For the insanity defense, the reasoning for such a mental state is mental illness, whereas involuntary intoxication is an induced mental state due to substances being ingested.

As with the insanity defense, it is a very difficult defense to prove and sell to a jury. Any behaviors or actions seen to have been to cover-up their crime, conceal evidence or that highlight an understanding of right and wrong will generally lead to the defense failing.

According to Jennifer Piel, for involuntary intoxication to stand as a defense, it needs to meet any of the following criteria:

In the case of Jozetta Bryd who had never been prescribed Prednisone before, she had no way of knowing how this drug would affect her once she began taking it which she did on the advice of her physician, therefore her case did meet the criteria required for a successful involuntary intoxication defense to the extent charges against her were dropped before reaching trial.

Involuntary intoxication by prescribed medications is a rare defense and one that is difficult to prove. It is, however, a defense increasingly seen in criminal courts, no doubt fueled by the sheer volume of individuals regularly taking prescribed medications from their doctor. While most of these defenses fail, just like the insanity defense, there are cases which hold merit where an individual with no history of criminal behavior or violence suddenly commits a shocking crime. Prescribed medications although legal and taken under medical advice are still chemical drugs and once ingested can produce reactions and responses that no one expected.