The slowing down of a real-time crime recording can increase the perceived intent of the offender, research says, encouraging jurors to return a guilty verdict 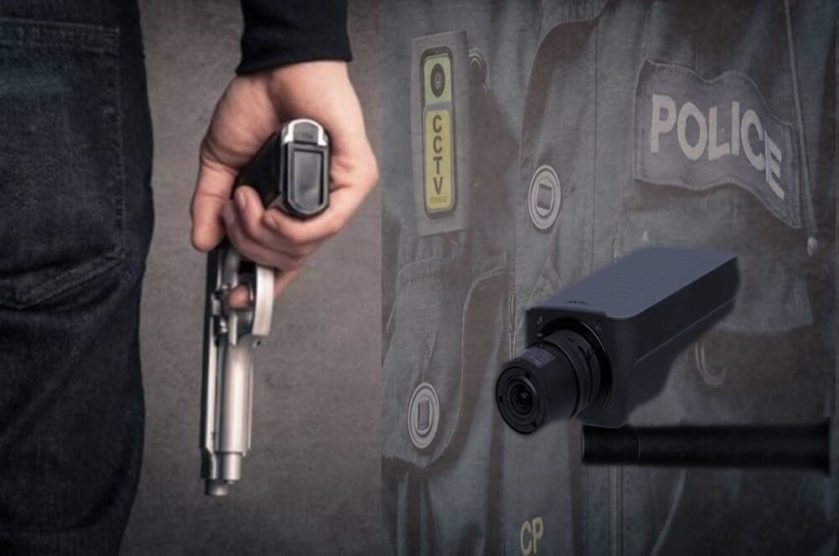 Share on FacebookShare on TwitterShare
Research from the University of Chicago has revealed that when juries are shown CCTV footage of a crime taking place in slow motion, they are three times more likely to convict of murder than if the footage was shown at real-time speed.  The reason it seems is all to do with the perceived intent of the offender.

The discharge of a firearm or the stab of a knife can happen in seconds. When serving on a jury a primary question is surrounding the intent of the defendant.  Did they mean to kill the victim?  When a violent crime is caught on camera, whether this is CCTV, a mobile phone or a body or helmet camera, this footage can provide vital evidence as to exactly what happened, how it happened and the role of the accused within the crime.

Intent is a very important part of understanding the level of aggression behind an act, especially when it involves an act of violence. Whether a person intended to harm another can mean the difference between time behind bars and a death row sentence and it is a question juries often have to consider when weighing up the evidence in a court case.

This research references the case of John Lewis, a 23-year-old man from Philadelphia who while robbing a doughnut-store, shot dead a police officer who arrived while the robbery was taking place on 31 October 2007.  Chuck Cassidy entered the store and was shot in the head by Lewis within seconds, with the entire incident being captured on the store’s surveillance camera. On trial for murder in November 2009, the jury were shown both the real-time version of the surveillance footage with a digital clock stamp visible and a slowed-down version of the tape for a closer look at how the killing transpired.

John Lewis was found guilty of first-degree murder and sentenced to death.  In an appeal against his conviction, his defense team argued that the slowed-down video created a “false impression of premeditation” by suggesting the time frame immediately before the fatal shots were fired was longer than it actually was in reality.

The Supreme Court of Pennsylvania agreed with the prosecution, however, that the jury had been shown both the real-time and slowed-down versions of the surveillance tape and were fully informed of the actual time-frame between Lewis seeing the officer arrive and firing his weapon (2 seconds), and the appeal motion was denied.

Related: Jury Decisions In Death Penalty Cases: How Trustworthy Is Your Face?

The ability to slow down recorded video footage has been a great asset to investigating teams when hunting for an offender caught on CCTV or when a crime in its entirety has been captured on camera.  Not only can the footage be watched repeatedly but it can be paused, rewinded, frozen in a frame and zoomed in on, all to give a better look and understanding of the actions and behavior being observed.

The researchers of this study, however, highlight that while these benefits are invaluable, the slowing down of real-time crime footage can have a significant effect on judgments of intent on those in the recording and this they say, has been demonstrated in their research findings. The more time the jurors think a defendant had to decide on what they were going to do next, the more intent they felt was behind their decision to shoot the victim.  The result is a clear relationship between the perceived lapse of time and perceived intent of the defendant. Put simply, in the minds of a jury, more time equals more intent.

Participants taking part in the studies were asked to imagine they were a member of the jury in a criminal trial before they watched the video footage.  In the first set of four experiments, 1610 study participants were shown a 5-second video of a real robbery that took place in a store where the assistant was shot dead. As a counterbalance footage of a violent interaction during a football match was also used with participants either watching the murder footage or the assault footage.

Participants were randomly selected to watch the real-time speed version of the recording or a slowed down version that was 2.25 times slower than at regular speed.  After watching the video, they then told researchers, in the case of the robbery video, whether they thought the person shooting the gun had the intention of killing the victim, how much time they had to assess the situation before they pulled the trigger and the extent to which the person acted with ‘willful, deliberate and premeditated’ intent to kill.

Specifically, study participants were asked to answer the following questions after watching the video footage:

“The present investigation cannot determine whether slow motion replay makes viewers more or less accurate in judging premeditation in these situations, but it does demonstrate that slow motion can systematically increase perceptions of premeditation itself.”

In the second set of four experiments with almost 3000 research participants, researchers showed participants both the real-time video version and the slowed down video version of the same incident to see whether seeing both versions reduced or removed the bias to think the offender had more intent behind their actions.

“…in determining whether, and under what conditions, slow motion evidence should be admissible in court, its potential benefits must be weighed against its potential costs. Although we agree that slow motion may enhance the jury’s understanding of the actions in question, including the actus reus and any mitigating or aggravating contextual events, our results underscore that under some conditions it may “do the opposite” for the jury’s understanding of actors’ mental states (mens rea). The relative impact of this tradeoff under various potentially moderating conditions, including the number, order, and exact speed of replays, remains open for investigation, but even the possibility of such a tradeoff demands empirical attention.”

In relation to the John Lewis murder trial and appeal, the results of this study highlight that even though the jury watched both the real-time and slowed-down versions of the surveillance video, their exposure to the slowed-down version still may have affected their perception of the intent of John Lewis and the time he had to decide whether to fire his weapon before he actually did so.  Furthermore, the time-stamp available on the real-time video informing observers of the actual time lapsing as events played out, may not have eliminated this effect completely.

In conclusion, this research does support the notion that slowed-down versions of criminal acts may indeed encourage juries to perceive a stronger level of intent behind actions and therefore be more likely to convict a defendant of first-degree murder.

You can view all the materials shown to the research participants and the raw data from all the studies carried out in this research. Please note that some of this material does contain graphic content.

Introduction to Gender and Organized Crime