As we countdown to September's live true crime weekend in London, CrimeConUK are bringing you some unique conversations. 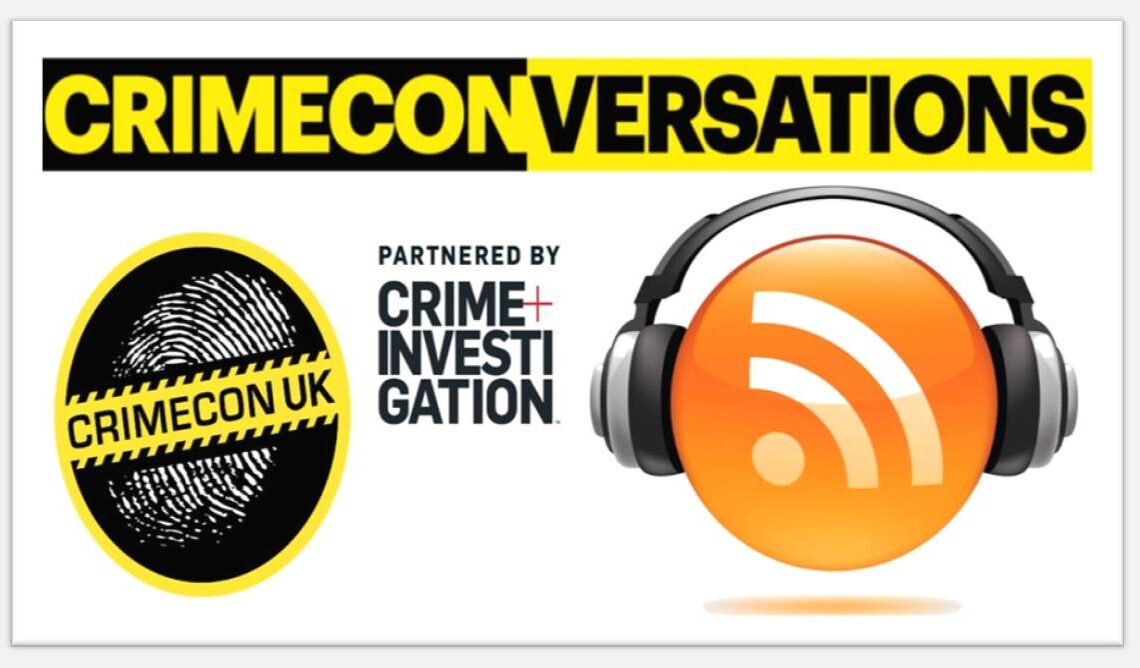 Are you curious about your favourite true crime podcaster? Do you want to know more about what got them into true crime and which cases fascinate them the most?

CrimeCon UK is all about enabling like-minded people to get together and explore their passion for true crime, and they’ve hit on the perfect idea to make that even better!

CrimeConVersations is a brand-new podcast series dedicated to bringing together the top true-crime podcast hosts who will be on Podcast Row this September to create an exciting and absolutely unique set of episodes for you to tune into.

Each episode will feature two of your favourite true-crime podcast hosts having a conversation all about their shows, the cases they’ve been working on and so much more. These fantastic episodes should have already been hitting your true crime podcasts RSS feeds from 19th April!

CrimeConUK brought you a very special unique first CrimeConVersation on 13th April on Instagram Live. If you’ve been following CrimeConUK, you’ll know about their regular Book Club meet over on Instagram. For this session the book under the spotlight was HISTORY OF A DROWNING BOY by DENNIS NILSEN: The Autobiography.

When Dennis Nilsen was alive he wanted to publish his words but he was banned by the Home Office from doing so. Now, three years after his death, his friend and official next of kin Mark Austin has moved forward with the publishing. Any profits made from book sales will be donated to victims’ charities.

Mark Austin met Dennis Nilsen nine years after his conviction for the murder of six boys and attempted murders of two others. The pair became genuine friends which would last until Nilsen died in 2018.

There’s a reason Dennis Nilsen is often referred to as the ‘British Jeffrey Dahmer’. His crimes had an eery echo of Dahmer’s murders and motivies – the desperate desire to keep their male companian with them and not let them leave.

Through various meets in locals bars around North London, Nilsen would invite men back to his home. They would never leave alive. Nilsen’s preferred method of ending his victim’s lives was strangulation. Some were kept under the floorboards before he removed their remains and burned them in a fire in area of his back garden.

Nilsen developed a pattern of murder and keeping the corpses of his victims close to him for periods before disposing of their remains. Over time there were more victims and more bodies.

Hiding their remains and containing the smell of rotting flesh was becoming more difficult. Between 1978 and 1983, Dennis Nilsen is believed to have killed at least 12 young men although he would eventually only be convicted of six murders.

The Forward for History of a Drowning Boy is written by Mark Pettigrew, an award-winning researcher and criminologist who has spent his early career researching whole life imprisonment in England & Wales and the dark crimes that lead up to such a sentence.

True crime author Geoffrey Wansell, who hosts CrimeConUK’s Book Club, led a fascinating discussion of History of A Drowning Boy on the 13th April 2021, which was followed by a live Q&A with Mark Austin and Mark Pettigrew. To catch up and watch this awesome and fascinating episode, head on over to CrimeConUK’s Instagram feed here https://www.instagram.com/tv/CNnnXbVFQaL/

HISTORY OF A DROWNING BOY by DENNIS NILSEN: The Autobiography

“Dennis Nilsen was one of Britain’s most notorious serial killers, jailed for life in 1983 after the murders of 12 men and the attempted murders of many more. Seven years after his conviction, Nilsen began to write his autobiography, and over a period of 18 years he typed 6,000 pages of introspection, reflection, comment and explanation.

History of a Drowning Boy – taken exclusively from these astonishing writings – uncovers, for the first time, the motives behind the murders, and delivers a clear understanding of how such horrific events could have happened, tracing the origins back to early childhood.”

Keep an eye on CrimeConUK’s CrimeConVersations webpage for new info on releases and any new Series – https://www.crimecon.co.uk/crimeconversations. The CrimeCon Team, Mark Austin, and Mark Pettigrew were all there in person at the first-ever CrimeCon event in London on 25-26 September 2021. Keep an eye on the CrimeCon UK website for details on the next event!