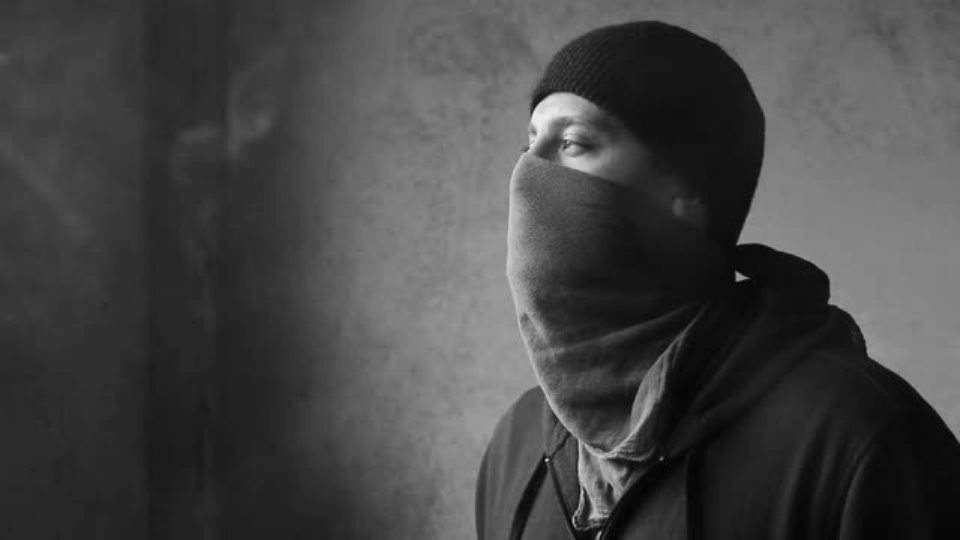 Share on FacebookShare on TwitterShare
Another fascinating guest post on Crime Traveller from Irish teacher and author Colm Wallace telling the tragic story of the unsolved murder of Gardai Sergeant James Woods in the small Irish village of Scartaglen, County Kerry in December 1923.

Of all Irish counties, County Kerry was the hardest to bring under the government’s control in the early days of the state, the authorities being unpopular amongst vast sections of the population. This unpopularity extended to the Gardaí, the police force of Ireland, who struggled to gain support in the county. One newspaper remarked on 18 November 1922 “With the possible exception of Kerry, the Civic Guard are today in every county of the twenty-six administered by the provisional government.”

By the beginning of December the government would deem it safe enough to send a contingent to the county and the Gardaí largely managed to stay out of the IRA’s line of fire, apart from a few isolated incidents. This run of good luck would come to tragic end in the rural village of Scartaglen in County Kerry in December 1923. James Woods, a native of Doolin, Co Clare, was just 22-years-old in 1922 when he was appointed sergeant in Scartaglen. The sergeant and his three colleagues had no headquarters to speak of, and found themselves forced to use the house of local man Jerimiah Lyons as their temporary Garda Station.

The owner still occupied the house, and it was clearly ill-equipped to serve as a police station as his family and the Gardaí living in the house were forced to share a kitchen. Desperate times called for desperate measures however, and as the dwelling was reasonably comfortable and situated in the middle of the village the Gardaí chose it as their short-term headquarters under the stewardship of Sergeant Woods.

At around 8:30 p.m. on Monday 3 December, six armed and masked men arrived at the police barracks under the cover of darkness. They were brandishing weapons and three of the raiders entered the kitchen while the others stayed on the porch.

The crowded room contained Garda Patrick Spillane, as well as a number of locals and children. The sergeant was in the guardroom while two other Gardaí from the station were out on patrol. One of the masked men announced his arrival by immediately hitting a local man named James Kearney into the face with the butt of his weapon, breaking his nose on impact. They next went straight for Guard Spillane, dragging him to the ladder and ordering him to climb it, following on behind.

When they reached the top floor they demanded that Spillane strip off his clothing. He refused, saying that he was prepared to die in defence of his Garda uniform. One of the men loaded a bullet in his rifle and threatened “if you do not strip it will be worse for yourself.” Spillane bravely stood his ground. Instead of shooting him, one of the raiders forced him onto the bed and ripped his uniform off him while a second man covered him with a rifle. Spillane was stripped down to his shirt, which the raider ordered him to take off. The raiders eventually succeeded in taking the shirt and Spillane was then left completely naked. They also took his watch and chain, as well as 30s which they discovered in the pocket of his tunic.

The armed men next burst open the Gardaí’s wooden chests, removing many of their belongings. The boots and clothing were thrown down the ladder, where they were collected by other comrades who had by this point entered the house. One of the men started asking loudly for Sergeant Woods as the other men spread throughout the house ransacking various rooms.  Woods had been in an adjoining room situated just off the kitchen and had heard the commotion by this stage. He arrived into the kitchen. One of the raiders quickly instructed him “Put them up and get up the stairs.”

The masked man followed him, all the while pointing his rifle in the sergeant’s direction. As Woods was ascending the ladder, Spillane could see him from the room upstairs. Suddenly the raider butted the sergeant with the rifle between the shoulder blades, in what appeared to be an attempt to force him to hurry his progress. At that point a blast of a rifle was heard. A bullet struck the sergeant in the back of the head and he fell forward on his knees on the ladder. The raider behind him then gave him a sharp prod with the muzzle of the rifle as if to make him get up. He did not do so. Sergeant Woods was dead.

The gunman immediately shouted to his comrades to get down the stairs and leave the house. The rest of the men had already heard the shot and widespread panic was evident throughout the station. The party immediately left the building, the man who came downstairs having to jump over the sergeant’s body as he made his hasty exit. The other raiders had managed to steal other items from the house, including uniforms and money. A number of these items were discarded on the way out but a portion of the stolen goods could not be traced and appeared to have remained in the raiders’ possession.

A doctor quickly arrived on the scene. He announced that Sergeant Woods had died instantly, the bullet having entered the back of his head. The sergeant’s Mass was celebrated in the local church in Scartaglen, before he was conveyed on his final journey to Killelagh Cemetery in Doolin, Co Clare, for burial. The funeral was said to have attracted an enormous congregation.

It was widely believed that the shot that night in Scartaglen had been discharged accidentally and that the sergeant’s death had not been planned by the marauders. This did not deter the Gardaí and the National Army however, who were determined to catch the perpetrators.

As the days went on with no apprehension of the culprits, larger numbers of troops converged on Scartaglen. Lieutenant Jerimiah Gaffney was placed in charge of one group of soldiers. He had previous experience of the village, having been stationed there during the civil war where he was involved in a number of skirmishes with republicans. He also held a long-standing grudge against a family named the Brosnans. The feud concerned remarks the family had made about an affair he had been having with a local woman. 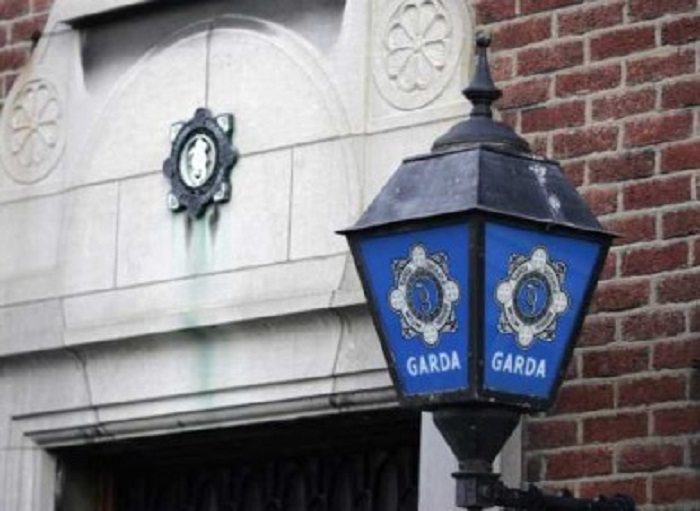 On 6 December 1923 Gaffney spent the day drinking with his men before ordering them into Brosnan’s pub. 18-year-old Thomas Brosnan was brought outside and shot dead by the lieutenant and his fellow soldier, Denis Leen. Gaffney later claimed that this had been done because Brosnan had been one of the raiding party involved in Sergeant Woods’ death, an accusation which was later found to be baseless. The brutal murder caused uproar and disgust throughout the country as Brosnan had little involvement in politics and was well liked locally. Free State soldier Gaffney was found guilty of the murder and hanged on 13 March 1924. His colleague Denis Leen was also sentenced to death but reprieved after Gaffney confessed at the last minute to having ordered the shooting.

Related: 10 Who Escaped the Hangman in Ireland

The aftermath of the death of Sergeant Woods left the local population living in terror, it being reported that “some people in Scartaglen have been afraid to sleep at home since the recent happenings there.” Two murders in three days in the tiny village must have shaken the local population to its core. With Tom Brosnan’s killer found and punished, the hunt for those who had shot Sergeant Woods would continue for many months.

Government Minister Kevin O’Higgins fumed that the perpetrators of the crime were “well known to be hiding and to the knowledge of very many of the inhabitants.” A breakthrough did not come until June 1924 when several arrests were made locally. Amongst the men detained was Michael Healy, a native of Knocknagree and anti-Treaty IRA volunteer. When asked if he had anything to say to the charge, Healy replied “No, sir, but that I am innocent.”

Surprisingly Michael Healy was not charged with the murder of Sergeant Woods, instead facing an accusation of armed robbery. His trial began in the Central Criminal Court in Dublin on 22 January 1925. Guard Spillane was the main witness against him, maintaining that he was able to recognise Healy from that night, despite the raiders wearing masks at the time. Healy’s defence was that he had not been in Scartaglen on that evening at all. He had instead been at the house of Mrs Culloty, several miles away, where he had been playing cards. He added that he had numerous witnesses who could vouch for it and he had only been informed of Sergeant Woods’ death the evening after the incident.

With the tenuous testimony of Spillane as the only evidence against him, it was little surprise when Healy was found not guilty of the crime. The state kept him in custody in anticipation of other charges but Healy was eventually freed “with reluctance” on 6 February 1925. In 1995 a memorial was erected in Castleisland Garda Station in memory of James Woods, the first sergeant killed in the history of An Garda Síochána, the ‘guardians of the peace’. His killer was never discovered.

About the Author: You can catch up with Colm Wallace on his Facebook page or check out his two books “Sentenced to Death: Saved from the Gallows” and “The Fallen: Gardaí Killed in Service 1922-1949”.

Colm Wallace’s book “The Fallen: Gardaí Killed in Service 1922-1949” about twenty-one Gardaí killed in the line of duty during the lifetime of the Irish Free State is available in all good bookshops and on amazon.com