The early identification of conduct disorders and sociopathic tendencies in children are being associated with future anti-social personality disorders and criminal activity as they grow into adults.

by Fiona Guy
in Crime Research
Reading Time: 8 mins read
A A 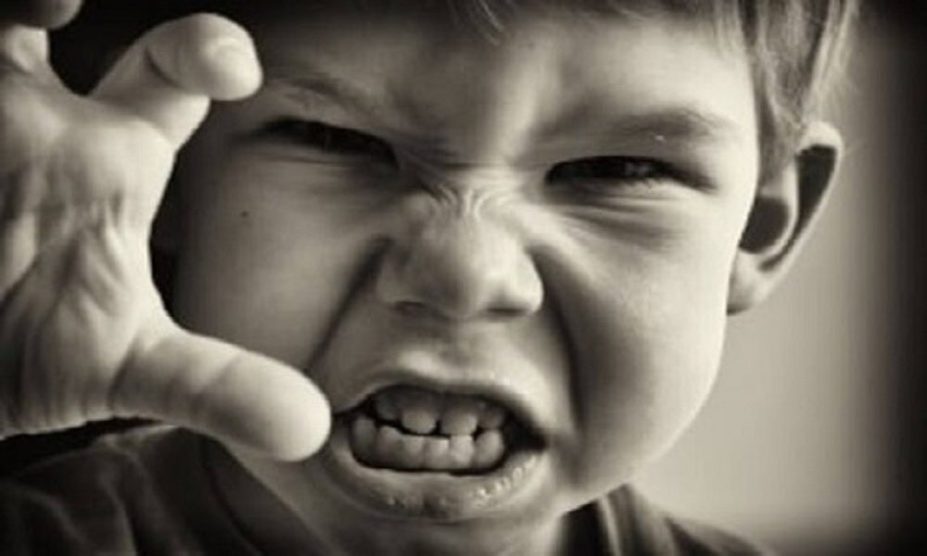 Share on FacebookShare on TwitterShare
Antisocial personality disorder has been identified in 50-80% of convicted offenders and it is unlikely this developed without a prior history of some psychopathic tendencies. Furthermore, when certain signs and symptoms are recognized in a child under 10-years-old, this signals a high risk for behavioral issues in later life such as criminal involvement and mental health difficulties.

When you hear the words ‘sociopathic child’, Damien from The Omen springs to mind but in real-life psychopathic traits and sociopathic behavior can be seen in children who are not ‘evil’ but are showing signs of behavioral disturbances. As psychology and neuroscience develop we are beginning to understand more about the behavior and personalities of children than ever before.

The early identification of conduct disorders and sociopathic tendencies in children are being associated with future anti-social personality disorders and criminal activity as they grow into adults. We are seeing an increase in evidence that the brains of adolescents are still under development meaning they can be more impulsive, take more risks and display anti-social behaviors and traits. This developmental period can provide some explanation, and in some cases mitigating circumstances, for their decisions and actions as they become young adults.

Equally, neuroimaging techniques are being used in studies of known criminals to explore the idea that the criminal brain is different from the non-criminal brain with a view to providing some scientific evidence as to why some people are violent and aggressive and others are not.

Children learn and grow and the early years of their life can be vital for the development of their personality and their behavior. They learn what is right and wrong and what their morals are. They find the boundaries to what is acceptable and what is not and develop a sense of self and an individuality which will lead their actions and behavior choices in the future. The nature-nurture debate is one of the oldest debates within psychology as to how much of a person’s personality and behavior can be attributed to nature; their biology and innate functions they are born with and how much is shaped by their environment and experiences as they are growing up.


Within this scientific world of criminal psychological profiling, neuroimaging and identification of features and traits which may point to an anti-social personality or psychopathic personality, children, and specifically psychopathic children, provide the biggest opportunity to potentially implement this learning and these discoveries for the greater good.

However, this itself poses some very serious moral and ethical concerns. How should intervention take place, who should decide when intervention is necessary and what is the exact nature of that intervention going to be?

Dr. Adrian Raine has been studying the criminal brain for a number of years and has more recently become interested in the development of children. Specifically, he has been studying which children go on to become criminal offenders and which do not and what the determining factors or differences may be.

A paper published in the American Journal of Psychiatry in 2010 detailed a study which focused on the growth and development of almost 2000 children from the ages of 3 to 23 years old.  By the age of 23, researchers found that 7.6% of the children had grown into adults engaging in criminal activity.  In examining why these particular children turned to criminality while the others didn’t, they discovered fear conditioning appeared to play a key role.

When the children involved in the study were 3-years-old, researchers carried out a series of tests based on the concept of fear conditioning. These tests aimed to condition children to fear an outcome, in this case, a loud and unpleasant noise.

The children were conditioned through training to associate this unpleasant outcome with a particular sound. Whenever they heard this sound they would expect the unpleasant noise to follow and this would entice a fear conditioning response. Electrodermal responses were measured from the children during the tests which tracked their unconscious responses to the feared noise through the skin on their index and middle fingers.

They found that those children who did not show fear conditioning during such tests i.e. did not come to expect and fear the unpleasant noise, were the ones who later engaged in criminal behavior including property, drug, violence, and serious driving offenses.

This is thought to be the first study that has linked a deficit in fear conditioning in young children to adult criminality. It is believed that poor fear conditioning suggests these individuals lack fear and are therefore more likely to be involved in dangerous and risky behavior with little regard for the consequences.

Related: Serial Killers and Childhood Abuse: Is There a Link?

The development of antisocial behavior disorder, for example, is rare without a prior history of behavior problems. Around 15-30% of convicted criminals show the characteristics of psychopathic disorder which include traits such as callousness, grandiosity, deceitfulness, and lack of remorse.

Research has suggested that psychopathic children do not process the behaviors of others in the same way, particularly regarding distress and are unable to control their aggressive behavior in response.

Callous-unemotional (CU) traits are closely associated with a high risk of psychopathic tendencies as adults. Psychopathy in adults is a personality disorder very much linked to violent and criminal behavior and an overall pattern of antisocial behavior. Traits which can characterize the condition include arrogance and manipulation, lack of remorse or emotion, irresponsible and impulsive behavior.

Children who show callous-unemotional traits often lack empathy and guilt, can come across as uncaring to others and often show little interest in the feelings of others or in the consequences of their own behaviors.

Further associations have been identified:

This can be why attempts at socialization often fail for these children. For psychopathic children, the normal cues needed to elicit a response, such as someone crying, does not entice a reaction from the child because these things do not cause an unpleasant emotional state for them to react to i.e. they don’t feel guilty or worried.

Often psychopathic children will tend to continue engaging in behavior for which they are repeatedly punished for; the punishment has little effect emotionally and does not act as a deterrent for the future.

The idea of identifying those at risk and intervening for psychopathic children is not new. A number of studies in the 1940’s highlighted the importance of treating such conditions in younger populations where it was believed the issues were rooted, in order to prevent them from becoming problematic in later years.

However, it has been the last 20 years that has really seen a movement forward in this area. What is clear is that while the research suggesting early intervention would be beneficial for psychopathic children has built quite a strong argument, exactly how to go about this remains vague.

There are a number of questions still outstanding which include:

General behavior problems can be addressed very effectively with cognitive behavioral approaches, but psychopathy does not respond well to this treatment. Some studies have suggested family, cognitive behavioral and motivational type interventions have been successful but much more research would be needed before this could be taken forward in any form of practical manner.

The Benefits of Early Intervention

Research carried out by criminologist Nathalie Fontaine of Indiana University is intriguing as it highlights these traits are not fixed and permanent within children. She found that as psychopathic children grow older and develop, such traits can change highlighting that intervention at an early stage, even for children who are already showing such risk factors, may well be very effective.

There are many cases of individuals who have engaged in criminal activity at some point in their lives and now no longer do so. Just as not all children who show psychopathic tendencies will grow up to have anti-social behavior issues, not all children who commit criminal acts go on to become lifetime criminals. However, the risk is considerably higher and at a level where early intervention could make difference to the future path of a child.

What types of intervention, however, does not appear to be clearly understood at this stage. Certainly, the most extreme would involve surgery of some form to ‘correct’ or ‘modify’ brain areas to encourage better behavior and less impulsive and risk-taking behavior.  However, social interventions can also be very effective and may be a more realistic type of intervention that could be made available to psychopathic children which is much less dangerous, invasive and severe.

Fontaine’s studies have highlighted that children with callousness who show little emotion do not respond as well as children without these traits to the standard parenting methods. Therefore, a more tailored programme based on the psychology of such behavior may be more appropriate and effective. If such behaviors can be controlled and modified at an early age, they are less likely to become problematic, and potentially dangerous, behaviors in the future.