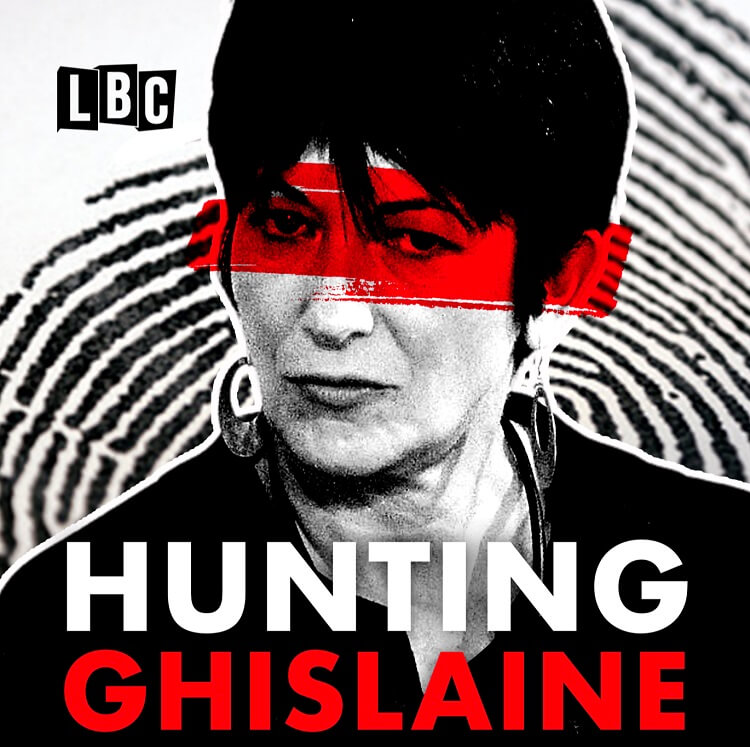 On July 2, 2020, Ghislaine Maxwell was arrested by the FBI at her home in New Hampshire. Two weeks later she pleaded not guilty to six charges including trafficking and conspiring to entice minors for the now deceased Jeffrey Epstein. She is currently in prison awaiting her trial, scheduled for July 2021.

Hunting Ghislaine is a new LBC podcast investigating the life of Ghislaine Maxwell. Hosted by reporter John Sweeney (Panorama, Newsnight, The Observer), the podcast is co-commissioned by Global and The Story Lab, part of dentsu creative. Episodes will be available every Thursday from 19th November on Global Player.

“The story of Jeffrey Epstein has been told in many ways over the past two years, but none have given more than a few cursory moments to Ghislaine Maxwell. His girlfriend, his alleged pimp and partner in a series of sex crimes against a series of underage women, some as young as 14, Ghislaine has remained in the shadows. When Epstein’s life began to unravel, Ghislaine vanished, only to reappear when she was arrested by the FBI earlier this year.

“No old school Fleet Street reporter like me who knew what a monster Robert Maxwell was cannot feel some pity for Ghislaine Maxwell on the day he fell off his yacht. But then Ghislaine fled to New York to serve a second monster. This is a dark fairy story of our times, about how power and money and connections can, for a time, blind justice. But not forever.”

It’s a story both melancholic and macabre; a story arousing pity and disgust; a story of victims and monsters; a story of how some of the richest and entitled people on the planet used their money and power to silence the abused.

Check out the podcast trailer here

The six-episode series begins with a look at how Ghislaine was deformed by her media tycoon father Robert Maxwell, a bully, a crook and a thief. It reflects on her black book of high society contacts, including Bill Clinton, Donald Trump and Prince Andrew, all the while noting the cult-like nature of Epstein and Ghislaine’s world. Alongside a host of experts and fellow journalists, Sweeney delves into Ghislaine’s past and her role in the Epstein scandal. Only she can answer how Epstein used his fabulous fortune to blind the eyes of American justice.”