by Guest Author
in True Crime & Justice
Reading Time: 10 mins read
A A 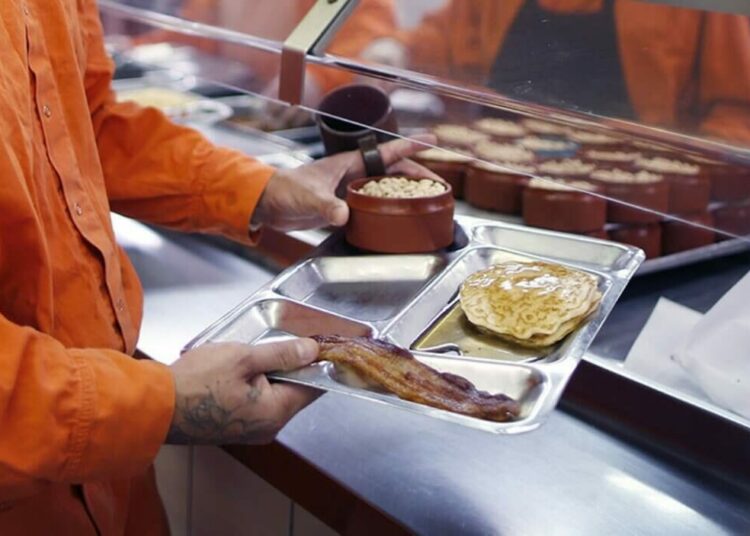 This is article is from the Journalist’s Resource who examines news topics through a research lens, curating and summarizing public policy research relevant to media practitioners, bloggers, educators, students and general readers. Read the original article here.

Editor’s note: On March 12, the Shorenstein Center on Media, Politics and Public Policy will award the 2019 Goldsmith Prize for Investigative Reporting to a stellar investigative report that has had a direct impact on government, politics and policy at the national, state or local levels. Seven reporting teams have been chosen as finalists for the 2019 prize, which carries a $10,000 award for finalists and $25,000 for the winner. This year, for the first time, Journalist’s Resource is publishing a series of interviews with the finalists, in the interest of giving a behind-the-scenes explanation of the process, tools, and legwork it takes to create an important piece of investigative journalism. Journalist’s Resource is a project of the Shorenstein Center, but had no involvement with or influence on the judging process for the Goldsmith Prize finalists or winner.

Over the course of 2018, Alabama Media Group reporter Connor Sheets single-handedly revealed how a local sheriff had pocketed more than $2 million in state and federal funds earmarked for jail food while inmates were served graying, processed meat from packages labeled “Not Fit for Human Consumption.”

Etowah County Sheriff Todd Entrekin lost his re-election bid in the wake of Sheets’ reporting, and the U.S. Department of Homeland Security and Alabama Ethics Commission launched separate investigations into his use of inmate food funds.

It began with a tip from Matt Qualls, a teenager who had spent a summer mowing Entrekin’s lawn for $10 an hour. Qualls wondered why the sheriff paid him with checks that read “Food Provision Account” in the upper left-hand corner.

Sheets followed up on the tip, resulting in a Feb. 18, 2018 story that highlighted an 80-year-old state law technically allowing sheriffs to keep “excess” funds designated to feed county jail inmates; if food spending ran under budget, the sheriff could keep the difference. Qualls was quoted in the story, which confirmed the existence of Entrekin’s “food provision” account. Four days later, local police arrested Qualls on charges of felony drug trafficking, alleging in a warrant — signed by Entrekin — that they had found more than 1,000 grams of cannabis in his possession.

Sheets followed up on that story, too, reporting that what the police actually found was a big container of homemade cannabis-infused butter — five cups of butter mixed with 14 grams of marijuana.

The marijuana butter story garnered an outcry among members of the popular website Reddit, many of whom posted comments to report that they had called and e-mailed the Etowah County Sheriff’s Office to complain on Qualls’ behalf. Days later, the charges against Qualls were reduced to a misdemeanor and he was released from jail.

Sheets had suspected there might be more to the inmate-food-fund story, and Qualls’ arrest further fueled that suspicion. So the reporter cast a wide internet search for public records on Entrekin’s income and spending history. “Every government official has an information trail on the internet,” Sheets said in a phone interview with Journalist’s Resource.

He used basic search tools like Nexis and Google to find real estate records, campaign finance forms and Statement of Economic Interest (SEI) forms, which all elected officials in Alabama are legally required to file. The public records turned out to be a goldmine of information about Entrekin. “There are a lot of stories in documents,” Sheets said. “This was just an example of the power of basic journalism.”

On his SEI forms, Entrekin had openly reported he pocketed “more than $250,000” annually in state inmate feeding funds over three years. Real estate records showed that Entrekin and his wife had purchased a four-bedroom beach house for $740,000 the previous September, financed by a $592,000 mortgage. Public salary records showed that Entrekin’s annual salary was $93,178.80. The records search yielded the March 2018 story “Etowah sheriff pockets $750k in jail food funds, buys $740k beach house.” (In the fall Sheets was able to update the figure to “more than $922,000” of those funds between 2015 and 2017, because he got exact figures from Entrekin’s 2015 and 2016 personal income tax returns, which the sheriff had released by that point.)

The “beach house sheriff” story went viral, garnering follow-up press on NPR and in The Washington Post, for example — not to mention a lengthy segment on “The Daily Show.” (“He’s probably the only person who watched “Shawshank Redemption” and was inspired by the warden,” host Trevor Noah said of Entrekin.)

Sheets continued to dig for data and follow leads from local sources who had grown to count on and trust his reporting.

Public requests for internal office documents generated an October 2018 story revealing that Entrekin had funded TV commercials for his reelection campaign using county pistol permit fees. Sheets received the documents in paper form, driving to the sheriff’s office to collect stacks of printed-out spreadsheets and reports. In order to figure out where the money had come from and where it had gone, he re-entered data from hundreds of documents into his own Excel spreadsheet – essentially digitizing the data by hand before analyzing it.

“It was really messy and it took me three full days,” Sheets said. “But by making it digital, I was able to see the whole thing … My spreadsheet showed me what he was spending money on in a short period of time.”

Further investigation revealed that the sheriff’s office had been profiting from federal inmate food funds, too, thanks to an arrangement with the U.S. Immigration and Customs Enforcement. As Sheets explained in a December 30, 2018 story, “Entrekin is not alone in keeping leftover funds intended to feed inmates. He and other Alabama sheriffs have argued that a Depression-era state law allows them to keep state jail food funds. But Entrekin … is the only Alabama sheriff whose jail houses hundreds of immigration detainees for the federal government.”

“I was able to report that over the three-year period beginning in October 2011, Entrekin personally pocketed more than $1.5 million worth of federal inmate-feeding funds,” Sheets explained in an e-mail to Journalist’s Resource. “That information came from internal sheriff’s office documents I obtained that only covered that three-year period. So overall, we can say he definitely personally pocketed more than $2.422 million since 2011. But it is in actuality almost definitely a significantly higher (perhaps multiples of that number) amount.”

“Not fit for human consumption”

While numbers largely told the story of Entrekin’s actions, Sheets relied on anecdotal evidence and detailed narrative to show how pocketing the food funds affected inmates in the Etowah County Jail/Detention Center. Interviews with multiple former inmates reaped personal tales of food poisonings and parasites, and former staff members confirmed that the “food” served in the jail was awful and potentially dangerous.

In great detail, former jail kitchen workers and inmates told Sheets that the jail fed them donated and spoiled meat. “We called them starfish patties because they look more like a starfish than anything,” said one former inmate quoted in an April 2018 story. “They literally said in bold red letters plain as day on the top, bottom and sides of the box, ‘Not Fit For Human Consumption.” (A 2016 Immigration and Customs Enforcement inspection report on the Etowah County facility lent support to the anecdotes, stating, for example, “daily caloric totals for meals vary and do not always meet those required under the dietitian-approved master menu.”)

“The only way to make it something people want to read is to have human voices,” Sheets said. “It really almost is not worth doing the story if there are no human stories. Data and documents are reflections of things that have happened to people.”

Sheets offered these tips for reporters who are new to investigative journalism — or new to the small community they are covering:

Sheets said he learned a great deal about community concerns by reading posts on Facebook groups dedicated to Etowah County, where citizens openly discussed issues related to his stories. He was also able to find former inmates who had tagged themselves in pictures on other people’s Facebook pages. The platform’s messaging tool, meanwhile, often yielded more information than a phone call. “Facebook Messenger is shockingly helpful,” Sheets said. “When I talk to inmates in jails and prisons, Facebook Messenger is one of the best tools. A lot of people feel more comfortable with Facebook than with [a phone call].”

2.      New in town? Make yourself visible to the community you cover.

“One thing I do a lot of is driving around the state and meet people,” said Sheets, who moved to Alabama from New York in 2015, following a stint at International Business Times. At Alabama Media Group, he is based in Birmingham, which is an hour’s drive from Etowah County.

“It’s very important to me to put faces to names,” he said. “If you have a conversation in person, you’re going to get a lot more information … and people keep seeing you and see that you’re invested in that topic.”

As to whether being a relative outsider makes it harder to report on a small Alabama community, “Not being from Alabama has been a lot less of an issue than I expected,” he said. “Being from the outside, I don’t have any allegiances. I think that’s very helpful because … people see me as just, like, this journalist.”

3.       Don’t be afraid of or awed by public officials, and remember you wield power, too.

Sheets recalled the story of a cub reporter at a community newspaper. The young journalist had been thrilled by with a chance to interview “a famous person” — a city councilor in Queens. Thus, Sheets wants to stress that city officials aren’t royalty.

“They work for you,” Sheets said. “You pay their salary and you elect them. That’s something I wish I had instilled in me earlier on. You have this power also. There are a lot of issues that can’t be solved when the media isn’t involved.”

Interested in the other Goldsmith Prize finalists? Read about how two journalists’ tenacity, language skills and cultural competency helped them investigate a teen labor trafficking scheme in Ohio, how public records helped reporters investigate police abuse of power and how ProPublica helped to shape national immigration policy through their investigation of children’s shelters.

Read the original article on the Journalist’s Resource. 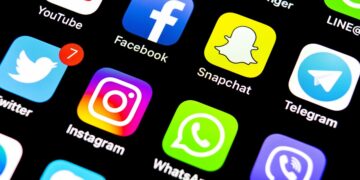 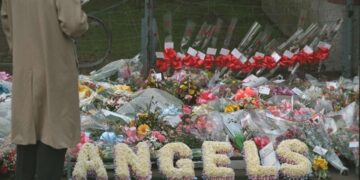