Home » Book Reviews » Death At Wolf’s Nick: An Interview With Author Diane Janes On The Killing of Evelyn Foster 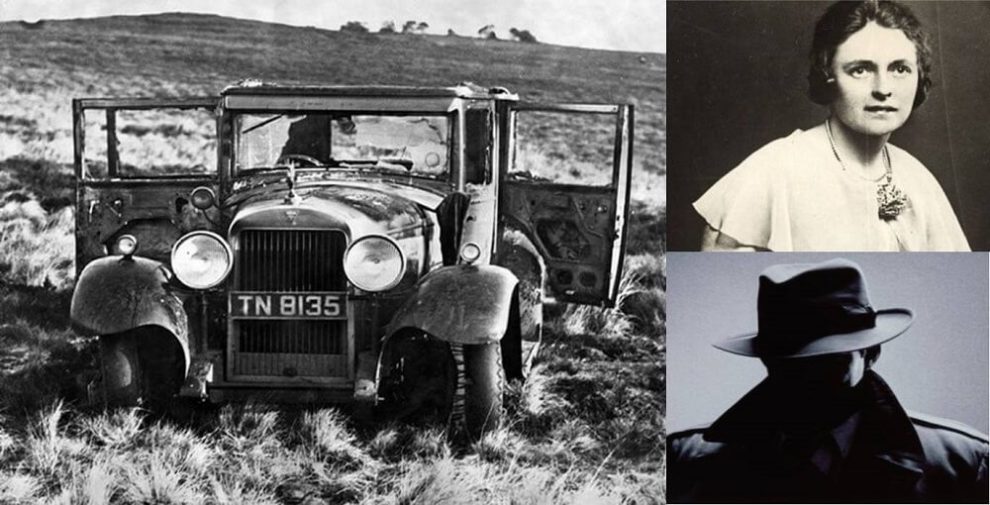 After almost 90 years the real story behind the harrowing death of Evelyn Foster in 1931, at Wolf’s Nick in Northumberland is revealed by crime writer Diane Janes. This suspicious death of a young woman has been surrounded in mystery and questions with some even questioning her account of her attack given in the moments before she died.

Was this a terrible accident, a poorly thought out plan that went wrong, or clear-cut murder? Through exhaustive research with access for the first time to the original police files, Diane Janes has pieced together this tragic story taking the reader back in time and revealing what happened on that night and the name of a viable suspect in the case.

DEATH AT WOLF’S NICK: The Killing of Evelyn Foster by Diane Janes

In 1931, 28-year-old Evelyn Foster was found dying next to her car which had been engulfed in flames. With horrific injuries, she had dragged herself out of the vehicle in a desperate attempt to save her life. Before she died, she uttered a statement describing her attacker who while wearing a bowler hat attacked her, poured petrol over her, and set her alight.

Whoever did this to Evelyn did it unseen and escaped with no witnesses. An inadequate investigation with closed mind policing from the lead detective led to interviews and leads not followed up failing this young woman and her family. Evelyn’s account of what happened was questioned. Some said there was no attack from a stranger that night. Some called it an accident, others an attempt by Evelyn Foster herself to claim insurance money. The picture being painted of Evelyn by the very people who were supposed to be finding her killer was of a deceitful girl who made up stories.

The story of Evelyn Foster is gripping from page one and once started it is impossible to let go until you know how the story ends. Diane Janes has used her skill and experience to walk you through this tragic tale in a relaxed but engaging style. Her ability to take you back to 1931 England, the way of life, the attitudes, and the culture increases this book’s grip and the impact of the details within its pages.

Diane Janes has kindly given me some of her time to answer some questions about the Evelyn Foster case and her investigation resulting in her book, Death At Wolf’s Nick.

Q. You have written a number of books examining historical true crime cases, many of which have been shrouded in mystery and uncertainty. What are the aspects of unsolved and cold cases that you find appealing?

DJ – I suspect that we all love a mystery and would like to have a go at solving it. It isn’t just the case itself which I find fascinating, but all the social history these files unlock, showing us how people lived during the period in question. I am also fascinated by the way in which the truth has invariably become distorted as local myths gain currency, often from the very outset.

Q. How did you discover the Evelyn Foster case and what made you want to review it in so much depth?

DJ – The case is a very famous one and I’ve known about it since I was in my teens. I first read about it in any depth when Jonathan Goodman’s book ‘The Burning of Evelyn Foster’ came out in 1977 and I’ve been hoping to have a look at it myself ever since. Unfortunately, a lot of his research was necessarily based on things which were printed in the newspapers at the time and quite a lot of this information turns out to have been wrong, but it was still a great introduction to the case for me.

Q. You are the first author to have gained access to the original police files on her murder, and they sound like they amounted to a great deal of paperwork that wasn’t categorized and filed very well. How did you go about organizing the information and embarking on your own review process of the evidence?

DJ – My own information from the police files is mostly in handwritten notebooks, copied in the order that things came out of the archive boxes, so once I had the information, I then had to go through it all with a fine toothcomb, cross-checking everything that everyone had said. It took weeks and weeks of detailed study, during which I gradually became immersed in every detail.

Q. Were there any specific types of things you were looking for in amongst the files?

DJ – I was careful to approach everything with a completely open mind and to consider all the accumulated evidence, not just evidence which supported one theory or another. I was very keen to tie up all the loose ends which had been left – for example the suggestions made in the press and the Goodman account that some people had seen an unidentified man in the village street that night, and that the police had for some reason suppressed their testimony – something which ultimately turned out to be completely incorrect.

Q. The murder of Evelyn Foster is a tragic case made all the more harrowing by the insufficient investigation into her death by the leading police officer. Were you surprised at the extent that some investigators didn’t follow up leads or even believe Evelyn’s own account made before she died of what had happened to her?

DJ – Perhaps less surprised than annoyed. The inquiry was led by the chief constable and he simply didn’t know how to manage a major investigation. It is still hard to decide how much was down to his prejudices and how much to his sheer incompetence. By contrast, the junior officers at the sharp end of the inquiry did a stirling job, working long hours and displaying great determination to track down the killer, but sadly they shared in the general criticism which was rightly directed at their boss.

Q. In the 1930’s the kinds of crime scene analysis and forensic evidence techniques and knowledge that we rely on today at murder scenes were just not available. In a case such as Evelyn Foster with no witnesses present at the actual attack, how did crimes like this ever get solved?

DJ – There were no other crimes exactly like this and that was part of the problem. The only other ‘blazing car’ murder at that stage was solved by sheer luck, because two witnesses happened to pass the perpetrator leaving the scene. The vast majority of crimes take place indoors, and even today, an outdoor scene like this would present problems forensically. However the crime might have been solved if a combination of things had come together – in particular, if someone had reported their suspicions of one individual nearer to the time, and secondly, if two members of the public who had given the killer a lift prior to his encounter with Evelyn had come forward. Unfortunately, nothing was known about these two important witnesses, except that they were driving south from Scotland that night and though there was a public appeal, they may never have realized that they were the people sought, because the appeal was botched.

Q. There has always been an air of mystery surrounding this murder case with some still questioning the account given by Evelyn Foster, especially that she was ‘interfered’ with before being doused with petrol and set alight. Her memory in this light has been tainted and she has not necessarily always been viewed as the victim. How did that make you feel reading all the evidence surrounding her murder?

DJ – The more I read and pieced together, the more infuriated I was on Evelyn’s behalf, but also on behalf of everyone else who became a victim. The Foster family were hounded by poison pen letters and accused of being involved in an insurance scam, completely innocent local people were rumored to have been involved in the murder, and there was ill feeling over the evidence given in completely good faith by some members of the local community. At least one officer felt driven to give up his career in the police as a result of being involved in the investigation, though the records show that he had behaved conscientiously and in good faith throughout.

Q. Life, attitudes and opinions in 1930’s England were so very different to what they are now. How much do you feel the era contributed to how Evelyn’s statement was viewed and how the police investigation was carried out?

DJ – The era contributed hugely to the outcome. Attitudes to women were completely different and the press wrote about Evelyn in a derisory way which would be completely unacceptable today. Police forces are no longer run by elderly men with absolutely no police training, and no police force today would need to borrow two trained CID men from a neighboring force because they did not have a proper CID of their own.

Q. You did make a significant discovery in this cold case, one you have been able to follow up and provide a name of a suspect for Evelyn’s killer. Is this something you ever expected you would be able to find?

DJ – No, I never expected that outcome. My most optimistic expectation had been to establish whether Evelyn had been murdered, one way or the other. I was absolutely amazed when I found that the name of a realistic credible suspect had been available to the chief constable.

Q. Do you have any new true crime cases you are looking at next to review and maybe write another book on?

DJ – I am always looking at real-life cases, both for possible new books and articles and also for a course I run, called ‘You the Jury’, in which I take a group of 12 students through a real-life historical case, using original archive material, and they have to decide what their verdict is. However at the moment, I am writing another novel – it’s a murder, of course.

Thanks Diane for taking time out to answer my questions and tell us more about this intriguing case. Best of luck going forward with your book and future projects!