An Untrustworthy Face Can Push A Jury To Harsher Sentencing

If you are a defendant in a death penalty case, it appears how trustworthy your face is to jury members could play a large part in their decision-making and as a consequence, your fate 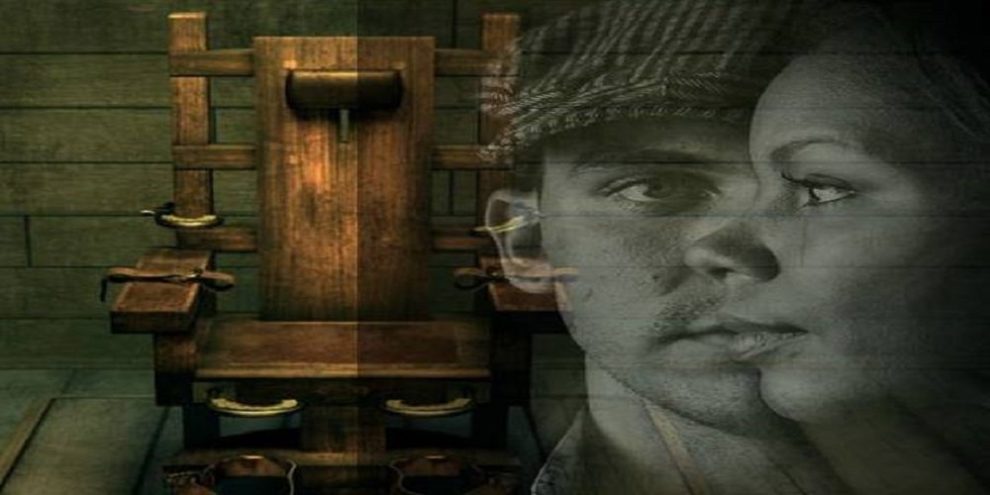 Share on FacebookShare on TwitterShare
According to new research, the perceived trustworthiness of a person’s face can influence the decision making of a jury. More importantly, it can play a part in condemning an individual to death.

Sitting on a jury in a death penalty case is a complex and often harrowing role. In a process known as ‘death qualification‘, during jury selection, an individual needs to convince the legal teams involved that they can be fair and impartial. For the prosecution team, they want to know this juror could and would consider the death penalty in their case. For the defense team, they want to know a juror would consider other options such as life without parole or even a complete not guilty verdict. Overall, it needs to be established that if after weighing up the evidence on both sides, this juror would be able to give a death penalty verdict if they thought the defendant was guilty and it was the most appropriate punishment for their crime.

A death-qualified juror needs to be balanced, not too far towards the death penalty, but not too far away from it either. This process can be long and drawn-out and establishing the true attitudes, views, and opinions of a potential juror can be a difficult task. Furthermore, jurors’ themselves may not be sure of how they would react or what decision they could make during a capital trial.

Eliminating bias from a jury is very difficult to do. In recent years we have seen increasing research on the racial bias of juries, particularly in death penalty cases where the color of a person’s skin has influence over the decision on their fate.

Such racial bias has been widespread in the US raising some serious questions on the fairness of jury decisions. Emerging from such research is other potential bias individuals may have when sitting on a jury. In a new study looking at juror bias in death penalty cases, researchers from the University of Toronto wanted to explore facial bias within the jury decision-making process.

Their focus was on how trustworthy a juror judged an individual on trial to be simply by their face, and whether this influenced their final verdict. Using real photographs of Florida inmates who have been convicted and sentenced, this research moved outside a laboratory setting and into the real world.

Using Florida’s database of convicted offenders which holds photographs of all offenders, researchers selected 371 photographs of those who had either been given the death penalty or a life without parole sentence at their trial.

In age and race-matched photographs, they included a mix of white offenders (226) and black offenders (145), all of whom had been convicted of first-degree murder. Photos were changed to black and while before being used to reduce variations between the images. An online sample of 208 American adults were asked to look at each photograph and rate how trustworthy they thought each face was on a scale from 1 – 8, with a rating of 1 being not trustworthy at all and 8 being very trustworthy. Observers were not told the photos were of convicted inmates or whether they had been given a life without parole or a death sentence.

This suggests that the less trustworthy a defendant’s face is perceived to be, the more likely a jury will sentence that individual to the death penalty over a life without parole sentence. Researchers took into account various other factors such as the width-to-height ratio of faces, facial maturity and attractiveness of faces however, this pattern of results still remained.

In this study, researchers did not find any racial basis within their results. A judgement of trustworthiness it appears, is not influenced by the race of an inmate with white or black faces not being judged any more or less trustworthy than each other.

“…facial biases unfortunately leak into what should be the most reflective and careful decision that juries and judges can make — whether to execute someone….we think it is critical that people know and understand that these biases exist…” – Psychological Scientists John Paul Wilson and Nicholas Rule, University of Toronto

More surprising were the results of a follow-up study by the same authors who used photographs of inmates who had been convicted and sentenced for first-degree murder, but they were innocent of the crime and were later exonerated.

The same pattern of results were found; the less trustworthy a face was rated, the harsher the sentence that individual had received, even when the faces being judged were entirely innocent of a crime. This highlights that faces ‘looking guilty’ or having harder features or expressions was not a factor in the decision making process on their ultimate sentence.

What Makes A Face Trustworthy?

According to a study from New York University, our brains make a decision on how trustworthy we think someone is in around 33 milliseconds, faster than we have even processed we are looking at a face. Physical features it appears are an important factor in how we decide whether we trust someone or not. When we do look and process faces, happy looking faces are perceived as more trustworthy than angry looking faces.

These examples below, used in the NYU study, show the subtle differences between facial expressions in real faces (top line) and computer generated faces (bottom line). The faces on the right, which look happier and more open, are rated much more trustworthy than the faces on the left who look angrier.

Faces with more pronounced cheekbones and higher inner eyebrows are seen as more trustworthy than faces with less obvious cheekbones and eyebrows which sit lower at their inner part by the nose.

A 2013 study from Charles University in Prague and Laval University in Quebec examined the idea that eye colour may have influence over how trustworthy a person looked. In the study, male and female observers looked at photos of 40 men and 40 women who had either blue or brown eyes and rated how trustworthy each face appeared. Researchers found that people in the photos with brown eyes were perceived to be more trustworthy than people in the photos who had blue eyes.

Their results also suggested that face shape influenced the trustworthy rating for male faces but not for female faces. As a balancing measure, researchers digitally recoloured the eyes of the photos. For example, if a person had brown eyes they were recoloured to blue and visa versa, and they asked a different group of observers evaluate these on a scale of trustworthiness.

“Blue-eyed male faces were characterized by a more angular and prominent lower face, a longer chin, a narrower mouth with downward-pointing corners, relatively smaller eyes, and rather distant eyebrows. This was also the pattern of an untrustworthy face. In contrast, brown-eyed faces tended to have a rounder and broader chin, a broader mouth with upward-pointing corners, relatively bigger eyes, and eyebrows closer to each other. This was also the pattern of a trustworthy face.” – Karel Kleisner, Charles University in Prague

Within a capital trial a jury member has no doubt paid close attention to body language and testimony during the process of the trial and not just the face of the defendant but, what this research does highlight is that facial bias is one factor which could play a large part in how trustworthy a person is judged to be, which in turn can influence the verdict a jury is likely to give.

Your face, therefore, could be more important in your fate that we first realized, regardless of whether you are guilty or innocent of the crime.