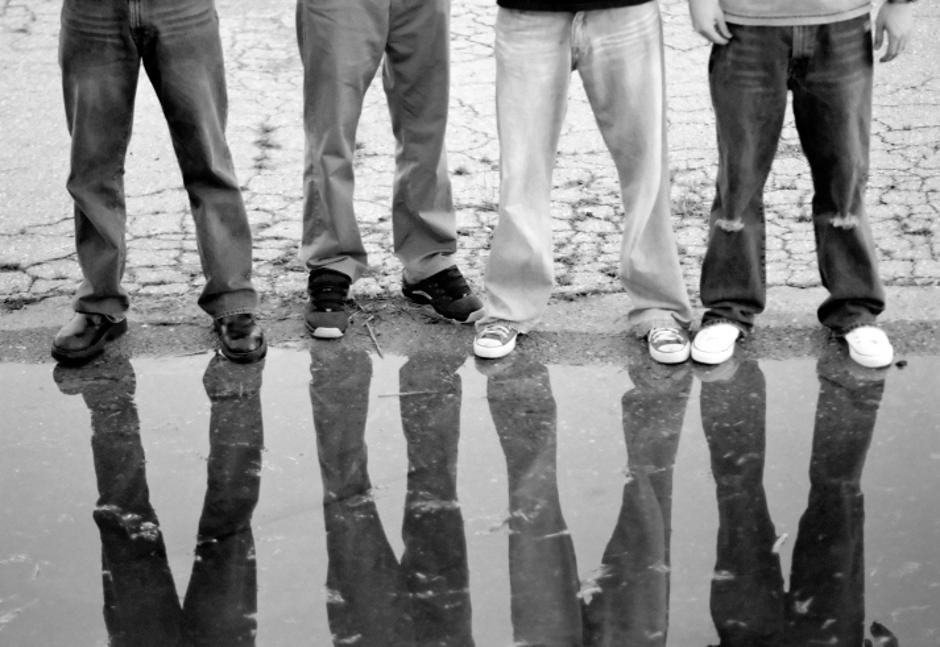 This article is by Emmylou Rahtz, Associate Research Fellow, European Centre for Environment and Human Health, University of Exeter, republished from The Conversation, a collaboration between editors and academics to provide informed news, research, analysis and commentary committed to knowledge-based, ethical and responsible journalism.

Violent crime can lead to terrible physical injuries and death. But it also has a significant psychological impact, which is often forgotten. People injured through violence are six times more likely to suffer from post-traumatic stress disorder (PTSD) than people injured in accidents, according to our research. They are three times more likely to suffer from depression.

But it can be hard to engage with the toughened young people admitted to hospital with injuries caused by street violence. One young man, who had been stabbed when a fist fight escalated, told me it was no big deal. The very fact that he remembered the event, he believed, was proof of this. “If it was real trauma,” he reasoned, “my mind would have blocked it”.

He considered his assailants to be a wannabe gang: five teenagers on his estate in London only a little younger than him. There was a lot of bravado in his words, but with time and compassionate listening, it was eventually possible to get beyond the bluster. Later he admitted:

“I was scared for my life, not scared of them. The amount of blood that was gushing down – I was gonna die.”

Violent attacks include knife injuries, kicks and punches, being beaten with a weapon, the use of cars as weapons, and, increasingly, guns. Many youngsters now carry weapons for self-protection, without being explicitly involved in gangs.

London’s police force has just expanded its specialist knife crime squad after 11 people died from being stabbed in just two weeks. Violence, deprivation and mental health problems operate in a vicious cycle. For example, substance abuse can lead to violence, the psychological trauma of violence leads to worse mental health, and the consequent difficulties with education and work lead to more deprivation. In turn, the odds of further mental health problems, substance abuse and violence increase. This has knock on effects for families, communities and society. It is a cycle which urgently needs to be interrupted.

Gang-related or otherwise, violence affects certain groups more than others. It is more likely to feature in the lives of young men, especially those from ethnic minority groups, and those who live in deprived urban areas like Tower Hamlets, East London, where we conducted our research and which is one of the most deprived areas in England. In nearby Hackney, a similarly deprived and ethnically mixed neighbourhood, 9% of men report being in a gang, compared with 1% in the rest of the country.

People injured through violence often have a history of mood disorders like depression and anxiety, and they are likely to live in relative poverty. A violent injury makes you more vulnerable to future mental health problems, and repeated exposure to violence increases the risk of PTSD.

PTSD is still best known as a psychological problem affecting soldiers and veterans. In fact, it can affect anyone who has experienced, or witnessed, traumatic events such as serious injury, violence, sexual violence or death. It is characterised by disturbing flashbacks, feeling alienated, the need to avoid any reminders of the event, and “hyperarousal” – symptoms like being easily startled or feeling your heart hammering in your chest.

Perhaps because PTSD is seen as something that affects soldiers, civilians often fail to identify their own symptoms or to recognise that they are experiencing a known illness which can be treated. During World War I, having “shell shock” was seen as a sign of weakness and there remains considerable stigma around PTSD as well as other mental health conditions.

Most people working in trauma care are aware of these issues but they are working in an overstretched system which needs reform. Parity of esteem for mental healthcare needs to start with better allocation of resources. The trauma care environment is often too fraught to allow the sort of personal attention that many healthcare professionals want to give. There is also a risk that stereotyped attitudes can affect the quality of care, with some staff believing that people are to blame for their violent injuries and that they do not deserve psychological support.

But being admitted to hospital is a significant event for any of us. It offers a moment to pause and reflect. There are precious few opportunities to engage with these young people: they have as little as possible to do with education systems, social care and healthcare. Hospital admission offers a unique opportunity to intervene by seizing the “teachable moment”. One man who had been shot told me: “I feel like I’ve been given a second chance.”

Violence is exacerbated by a failing system. With cuts to policing and the NHS, there are ever fewer opportunities to break the vicious cycle.

Charities like Red Thread and Key4Life do amazing work to intervene, both to prevent violence and reduce reoffending. Schemes like these rely on tailored, personal and ongoing support for young people. They need resources to do this, but the costs are easily offset if they prevent reoffending, and if people are empowered and enabled to choose a different future.